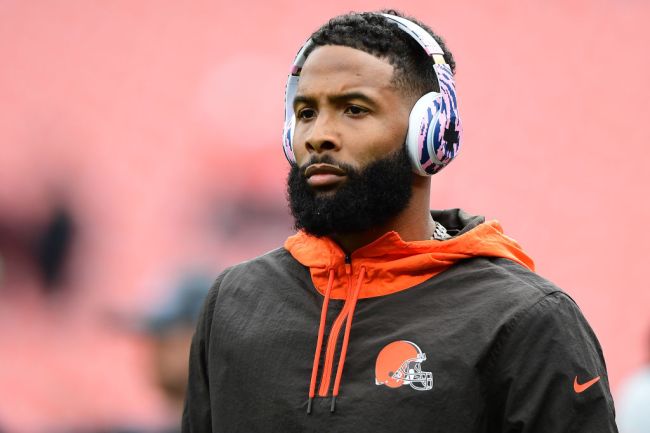 Odell Beckham Jr. is already making it known where he wants to play next after parting ways with the Cleveland Browns.

Beckham, who will be put on waivers next week, has told people around him that he wants to play for the Seahawks, Saints and Niners with a preference to play in Seattle according to Pro Football Talk’s Mike Florio.

What do you think, Hawks fans? pic.twitter.com/6wzzMmOsep

Florio reporting tonight Beckham hopes not to get claimed and wants to sign with Saints, 49ers or Seahawks and that he "prefers'' Seattle. https://t.co/LIrZj0lJXP

It’s currently unlikely any team will claim Beckham on waivers due to the fact that they would have to pay him a lot of money if he gets claimed.

Additionally, any team that claims Odell Beckham Jr. would inherit $7.25 million of salary for the remainder of the season, per sources. The cost is considered high for a player that now will be considered a rental with this being the last year of his contract.

This would seem to decrease the chances that a team will claim Odell Beckham Jr. off waivers. But Kyle Shanahan seemed to send a message that he is interested. (If Beckham goes unclaimed, can he get termination pay from Browns and double-dip w/ another team?) https://t.co/hty0cHpqUy