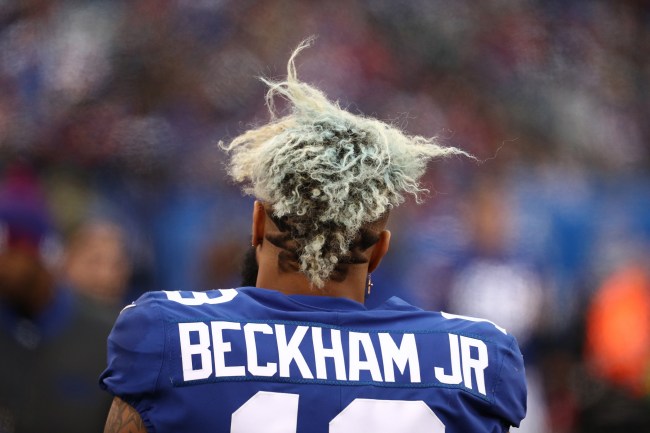 It’s a damn crying shame that the Cleveland Browns don’t play the New York Giants this upcoming season. The football gods are harsh but fair.

After mysteriously shipping Odell off to the Browns for Jabril Peppers and a couple of draft picks, Giants GM David Gettleman delivered some not-so-subtle jabs at the talented wide receiver. Gettleman suggested Beckham didn’t vibe with the team’s culture, an accusation Beckham did not take lightly:

I gave them everything I had bruh bruh errr Sunday . Just put some respect on my name that’s all I’m sayin! I ain’t sayin nothin, n trust me I got a LOTTTTT of info that people don’t kno about so, so keep my name outcha mouth the way I do yalls ! Ya diggg

In a recent interview with Jacob Davey of Complex, the 26-year-old revealed that there’s no love lost between him and the team that drafted him 12th overall in the 2014 draft.

I just felt with the Giants I was just stuck at a place that wasn’t working for me anymore. I felt like I wasn’t going to be able to reach my full potential there; mentally, physically, spiritually, everything I felt capable of doing, I just couldn’t see it happening there. So I think allowing me to be in an environment where I can be myself and give it a different approach, I feel like my football will benefit. I’m just excited about being able to play football again and not have to deal with all the other stuff and politics that came with my previous role.

Beckham continued by saying that he’s “excited by the culture at the Browns” and that he’s been “waiting to explode in games,” which can be viewed as a shot at Eli Manning, who he’s taken shots at before for his lack of mobility and failure to take shots down the field. He told  ESPN last season:

“I don’t know. Like I said, I feel like he’s not going to get out the pocket. He’s not — we know Eli’s not running it. But is it a matter of time issue? Can he still throw it, yeah, but it’s been pretty safe and it’s been, you know … cool catching shallow [routes] and trying to take it to the house. But I’m, you know, I want to go over the top of somebody.”

Whose ass do I have to kiss to get this football season started already?