One Offensive Coordinator Being Linked To Sean Payton’s Staff 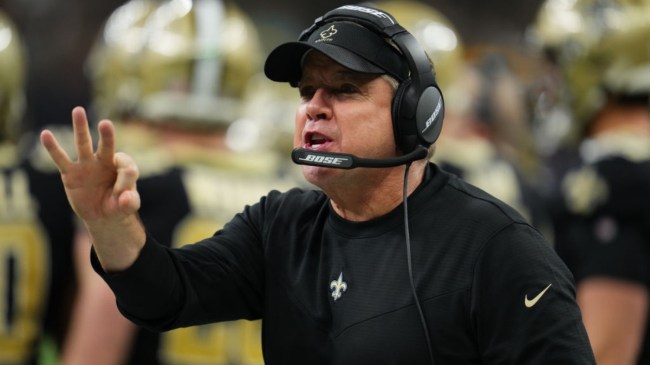 Sean Payton hasn’t made his decision yet on where or if he will coach in the NFL next season.

However, there have been reports that he has already been working on putting together his staff for whatever team he ends up coaching.

There was a report that he was already looking to add Vic Fangio to his coaching staff in the defensive coordinator role.

Now he is being linked to an offensive coordinator who could potentially join his staff wherever he ends up.

According to Broncos insider Benjamin Allbright, it feels like a good possibility that Payton could bring in Joe Lombardi to be his offensive coordinator after he was fired by the Los Angels Chargers.

Hes been linked to Vic Fangio for defensive coordinator, and with Joe Lombardi free after being fired by the Chargers it feels like a good possibility he would reunite as offensive coordinator. https://t.co/zThOYm3Qc4

Lombardi has a pretty long history of coaching alongside Payton. Lombardi was a part of Payton’s staff with the New Orleans Saints from 2007 to 2013 as an offensive assistant and a quarterbacks coach.

That history makes this seem like a move that makes a lot of sense, but doesn’t quite fit with the reports that Payton is trying to put together a “dream team” of coaches.

Lombardi has only lasted 2 years with each of the teams that hired him as their OC.

Still, his familiarity with Payton could help him land his next job.

Maybe that next job will go better than Lombardi’s last season with the Chargers.