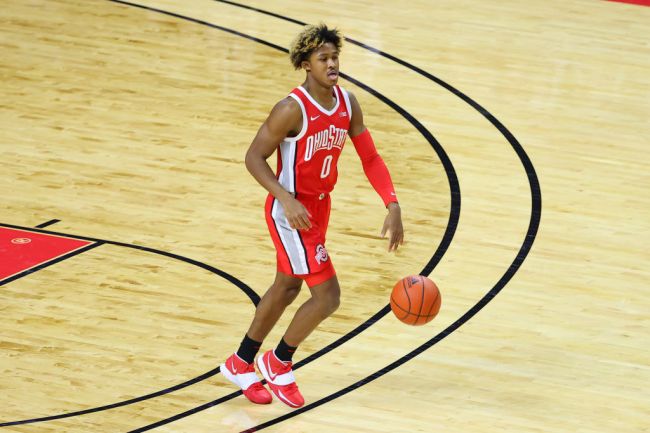 Tonight’s top-10 matchup between Ohio State and Iowa is one of the best college basketball games of the year so far. Both teams have only four losses, and the Buckeyes will visit Carver-Hawkeye Arena with hopes of taking down their Big 10 opponents on the road. If they get there, that is.

With tipoff scheduled for 7:00 p.m. ET, the team decided to get some shots in this morning before heading back to the hotel for some rest, pregame meals and walkthroughs. As Ohio State was heading home from a morning shootaround, the team bus got stuck in a heavy snowstorm that could bring up to six inches to the area.

Here in Iowa for tonight’s game. Bus is stuck after shooting this AM. Appreciate the help of these ⁦@IowaAthletics⁩ personnel. pic.twitter.com/8W0kAdD5ht

Members of the Iowa athletics department (probably the interns and stadium employees) were tasked with helping to dig out the visitors, eventually shoveling a path that allowed the bus to get through.

Fortunately, the Buckeyes are already in town, so any continued weather won’t force the game to be postponed, but it could impede the timing. It will certainly impact Ohio State’s game day schedule, but the incident happened so early in the afternoon that it shouldn’t cause too much of a problem.

Tonight’s primetime matchup will determine the highest-ranked team in the B1G, and OSU has a chance to prove its worth against an Iowa team that many believe could win it all. The Hawkeyes are led by Naismith Award watch list forward Luka Garza, who is averaging 26.5 points and 8.8 rebounds per game this year. Victory, for either team, will stem from the ability to get him going or shut him down.