Ohio State President Explains That ‘There’s A Path To Football’ This Fall, Confirms She Voted Against Postponing Season 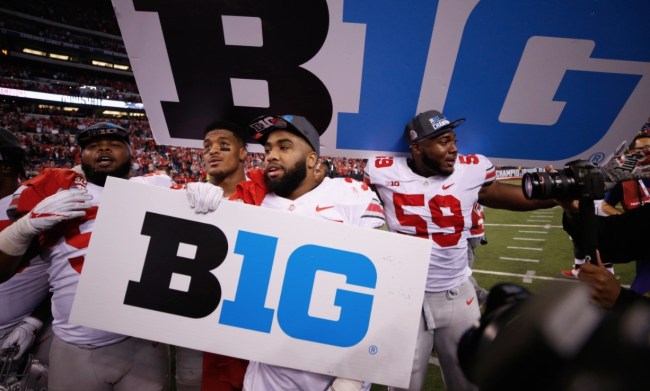 Things are moving fast for the Big Ten at the moment. After announcing on August 11 that football and other fall sports would be postponed to 2021, the conference has seen tremendous pushback from players, coaches, and parents of student-athletes.

Even President Trump has stepped in and had a call with conference commissioner Kevin Warren in hopes of having Big Ten football this fall and it really seems to have pushed things to an entirely new level.

Ohio State president Dr. Kristina Johnson was asked the simple question of whether or not the Big Ten will reverse course and kick off this fall and she explained there’s a path for it to happen.

“Well, fall is a long time period of time, right? Fall goes until Dec. 20, so I’m hoping — yeah, I see that there’s a path to football,” Johnson told WCMH-TV. “People talk about winter, early spring, late fall, winter, those things are all being worked out. Again, I come back to our campuses need to be safe, and that means in the performances as well as in the classrooms. We’re working very hard to do that, and if we all do our part, wear a mask, stay six feet apart, wash our hands, then I think that we’ve got the procedures in place to go forward.”

“It came out yesterday of course how I voted,” Johnson said. “That’s no secret — I voted not to postpone. I think the kids of things we’ve learned about how what’s called a clean field — players on the field that are negative, that can play, that we can be playing football. We’re working through that process, we’re working with the Big Ten, we’re working with the commissioner to try and get in place those sort of medical protocols where we can keep our students safe, and that’s really what it comes down to.

While we now play the waiting game, the waiting game can’t be too long. If Ohio State and the rest of the Big Ten want to join in on the party that the SEC, ACC, and Big 12 are already a part of then a decision is going to have to be made very soon.