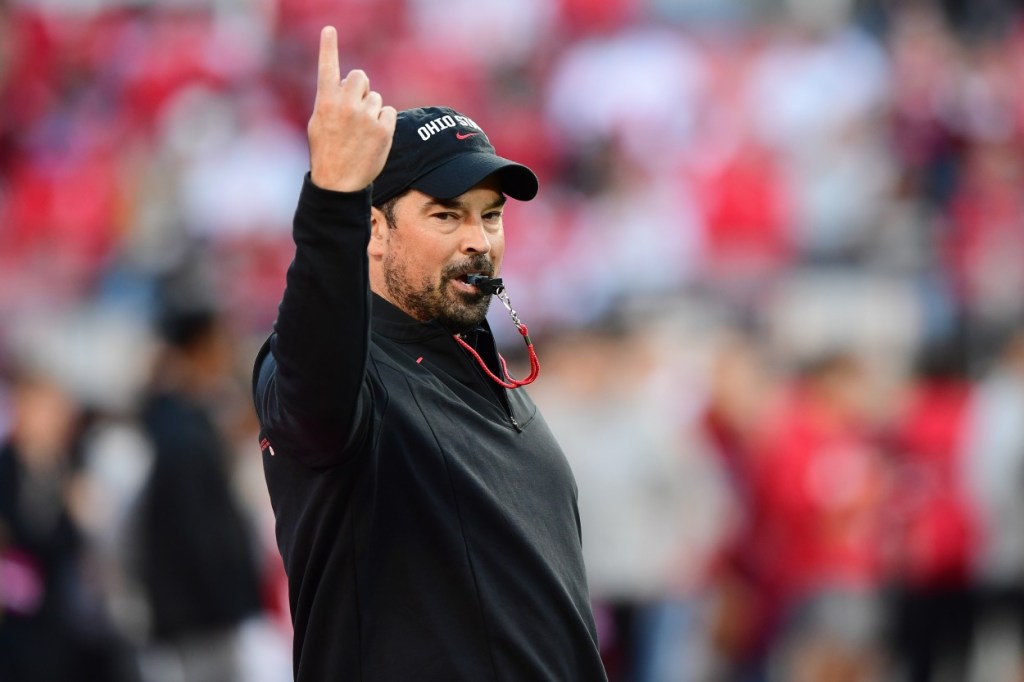 Ohio State Buckeyes head coach Ryan Day is 101 days away from the team’s first game of the season (against Notre Dame) but he’s already won a trophy. From where I’m sitting, it’s hard to imagine a bigger flex on the other B1G coaches than the award he just won and winning it puts him in elite company.

Winning this award is HUGE for Ryan Day’s recruiting efforts because it’s something that resonates with every potential recruit in the nation and his family. I’m talking, of course, about the official Father of the Year Award given annually by The Father’s Day / Mother’s Day Council.

‘Father of the Year’ isn’t just a phrase plastered on a coffee mug. There is a real-life awards ceremony for the dads and moms deemed Father of the Year and Mother of the Year by the councils. According to Eleven Warriors, Ryan Day is a father of 3 and they seem to suggest this tweet is part of the reason the Buckeyes’ head coach received this honor:

Had to post as a proud dad. In hoop tournament RJ was sucker punched in game, walked away without responding (better man than me) with bloody nose came back, scored 17 and then went on to win the Championship. #lifelessons #toughlove pic.twitter.com/QLp5huPr23

The website for the Father’s Day / Mother’s Day Council explains how they pick dads and moms for the awards:

The Council recognizes and celebrates outstanding fathers and mothers who have demonstrated exemplary commitment to their families, communities, and careers.

Another section adds the Council “confers Father of the Year Honors on contemporary lifestyle leaders of our culture whose lives are dedicated to family, citizenship, charity, civility, responsibility and reverence.”

The Father’s Day Council was created in 1931 and has been handing out annual awards since 1942!!!

A quick Twitter search for ‘Father of the Year’ results in just a few recent tweets about Ryan Day and a TON of imposters. There are so many people out there posing as Father of the Year or nominating guys based on viral tweets and blissfully unaware there’s an actual award ceremony.

Ryan Day is one of three recipients this year alongside Jay Schottenstein and Dave Price. They’ll receive their awards Tuesday, June 14, 2022 at The New York Sheraton Hotel during a prestigious awards ceremony.

Now that OSU’s Ryan Day has established himself as the official Father of the Year I think we can all reasonably expect Ohio State to rocket up to #1 in recruiting. What parent wouldn’t want to send their kid to go play for the best dad in the nation?

I’d also like to add the tweet above from Tom Brady where he shared my tweet about being the Tom Brady of Parenting. I think I speak for both of us when I say we’d like to throw ourselves into consideration for next year…