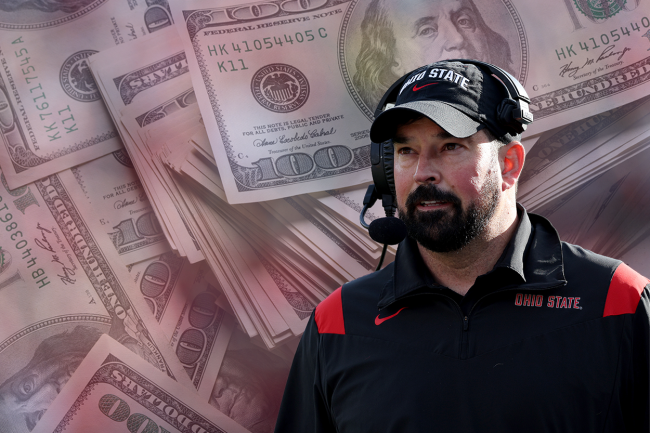 Ryan Day took the keys to Ohio State football from Urban Meyer in 2018 as the acting head coach. Meyer retired after the season, Day was officially named as his replacement and now, four years later, he is getting paid.

Earlier this year, back in March, it was reported that Day was set to receive a new contract. He is 34-4 as the head coach of the Buckeyes with a 23-1 record in-conference, two Big Ten titles and three College Football Playoff appearances.

As a result, he is set to become the third-highest paid head coach in college football once the ink dries on his new extension. He and Michigan State’s Mel Tucker will share that standing in terms of financial compensation in the sport.

Ohio State’s Board of Trustees approved the deal on Wednesday and confirmed the terms. Day’s yearly salary will be raised by nearly $2 million and he will be paid $9.5 million per year through the 2028 season. His new salary will take effect at the start of the upcoming fiscal year on July 1.

With the contract, Day becomes tied with Tucker as the highest-paid head coaches in the Big Ten Conference. Ryan Day is also among the top-five highest-paid college football coaches on a national level.

After losing to Michigan in 2021 and missing out on the CFP, Day will hope that he can find success again this fall with C.J. Stroud at quarterback and an overhauled wide receiver room. Regardless of whether he does or does not, he is getting a nice paycheck.