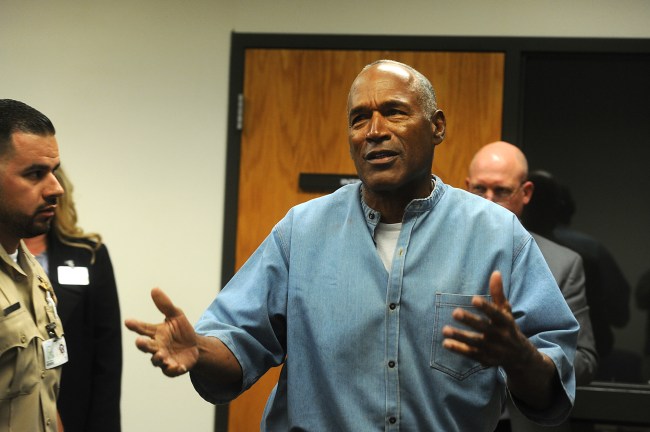 O.J. Simpson recently joined Twitter, giving the Pro Football Hall of Fame running back an opportunity to engage with a bunch of his fans while talking about a number of different topics. Of course, it caught everyone off-guard considering the dude’s 71 years old and has a checkered past, to say the least. I mean, 25 years ago, the guy was in the passenger seat of a Ford Bronco with a gun to his head after being the prime suspect in a double homicide that involved his ex-wife, Nicole Brown Simpson, so there are a lot of people who want to try and tweet at “The Juice.”

For some reason, O.J. Simpson is already talking about fantasy football — hey, I guess it can never be too early, right? After Simpson tweeted out some of the players he has his eye on, the good people on Twitter weren’t shy in replying with absolute fire. Take a look at O.J.’s initial tweet below.

Taking an early look at fantasy football.  @PatrickMahomes was my clear #1 but with @cheetah status still up in the air I am debating @bakermayfield or @TG3II. What do you think? Am I missing someone?

And then just sit back and take in all that social media has to offer, because the responses to O.J. Simpson were lethal. Here are some of the best.

Baker Mayfield might be risky, but it wouldn’t be the first time you took a stab at a Brown.

What about Joe Flacco? Thought you were a fan of white Broncos?

LeVeon Bell on our Jets is a slashing runner who can knife thru the heart of any defense.

What a killer pick

Go with Aaron Hernandez. You two have something in common.

It's a killer league

Thoughts on Tyreek Hill? I know he beat his woman & kid but he caught a lot of touchdowns for a ton of yards so he may have a little bit of that killer instinct that you possessed.

Gurley's a risky pick in the 1st, can't trust a player who's gone under the knife

These might serve as a reminder that O.J. Simpson might want to avoid tweeting as much as possible, because people online are unforgiving AF.