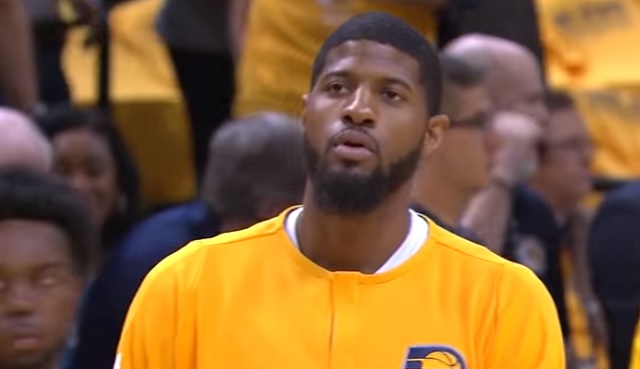 Despite weeks over trade rumors, the Indiana Pacers traded Paul George for a pair of role players in Victor Oladipo and center Domantas Sabonis. Immediately after the trade, NBA fans took to Twitter to mock the Pacers for the trade.

Pacers fans looking at what they got for Paul George pic.twitter.com/A9BIdpfSrl

PACERS: what will u give us for paul george

THUNDER: u don't want any draf–nvm call it in

All of those tweets are funny but he best reaction of the night comes from Oklahoma City police department for this amazing tweet savaging the Pacers for the incomprehensible trade.

Thanks for the tweets reporting the "theft" of Paul George by @okcthunder.