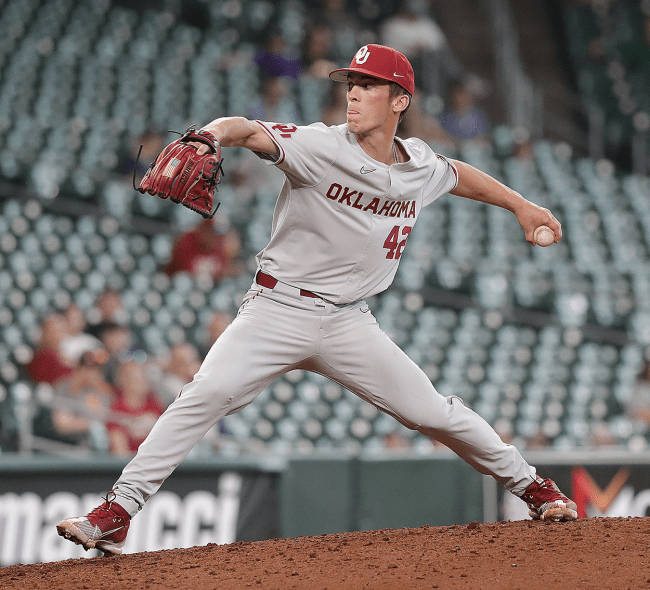 After coming out of the winners bracket in the Gainesville Regional, Oklahoma baseball took down the Gators on their home turf and advanced to a Super Regional. From there, the Sooners won the rubber match of a three-game Super Regional series at Virginia Tech to reach the College World Series.

Now that Oklahoma is settled in Omaha, the team is getting to work. The Sooners are scheduled to play their first of at least two game in Omaha on Friday and took to Charles Schwab Field on Thursday for practice.

And they got a police escort on the way there.

However, it was hilariously unnecessary. The team hotel and the stadium are not far from one another. They probably could have walked, if not for all of the gear.

Team bus got a police escort from the team hotel to the stadium for practice. It’s 2 blocks away!! 😂🚨@OU_Baseball #OklahOMAHA pic.twitter.com/Si8Ygch17S

Oklahoma baseball is staying at the Hilton Omaha, according to Sooners Sports. Per Google Maps, the hotel is less than a mile away from Charles Schwab— if that. The route that is given seems rather roundabout.

Nevertheless, it is a less than five minute drive. 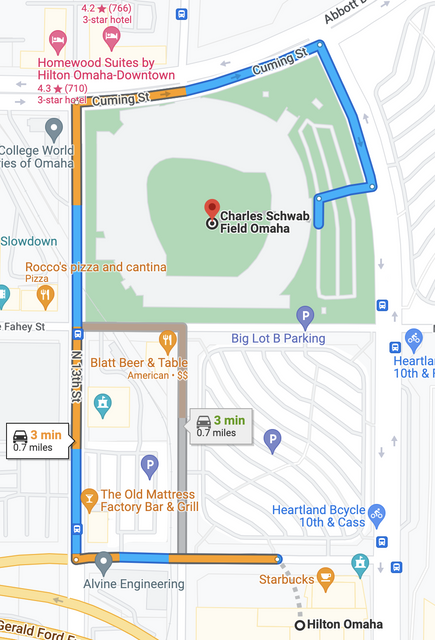