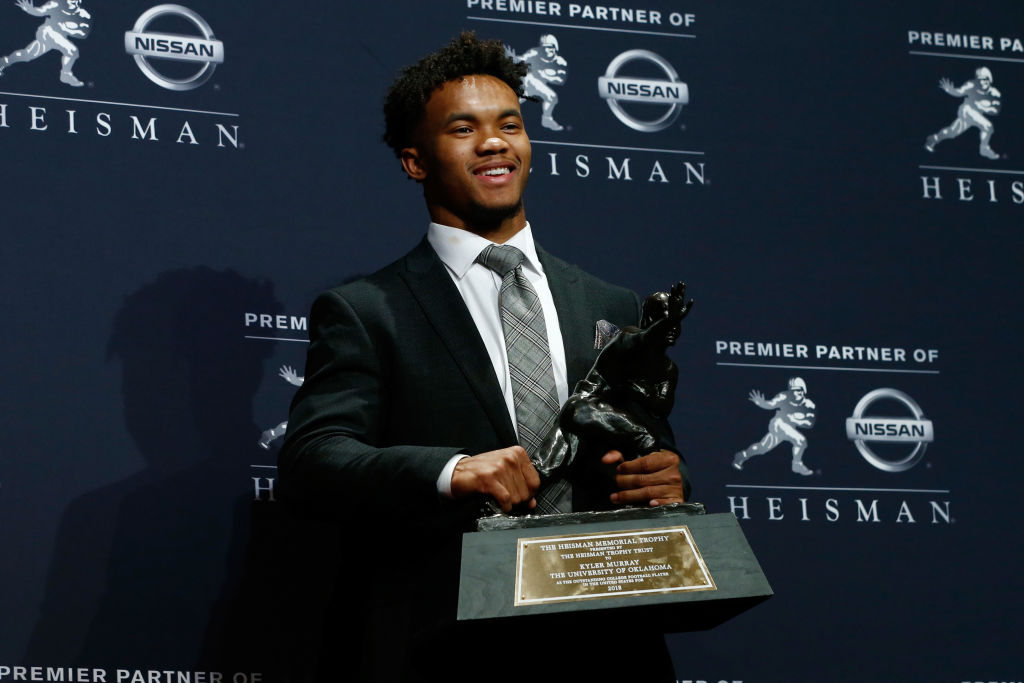 Unfortunately, immediately after his win Twitter detectives unearthed old tweets where Murray used some homophobic language back when he was 15 years old. 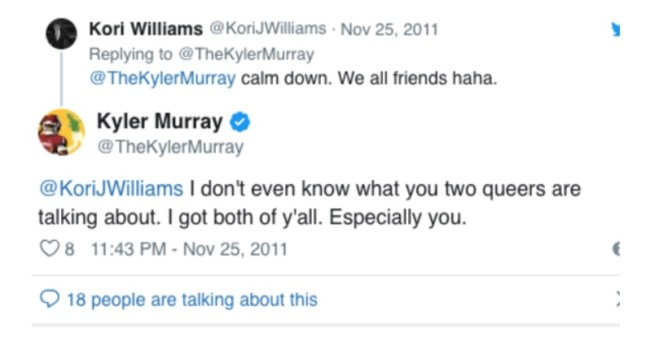 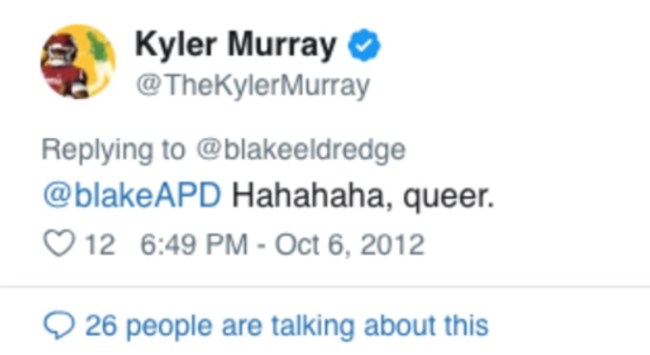 Just hours after his Heisman win Murray took to Twitter to apologize for his old tweets.

I apologize for the tweets that have come to light tonight from when I was 14 and 15. I used a poor choice of word that doesn’t reflect who I am or what I believe. I did not intend to single out any individual or group.

Murray probably won’t get too much flack because his tweets were made when he was very young but his case is just a reminder that it’s probably a good idea to delete all of their tweets once they become famous.