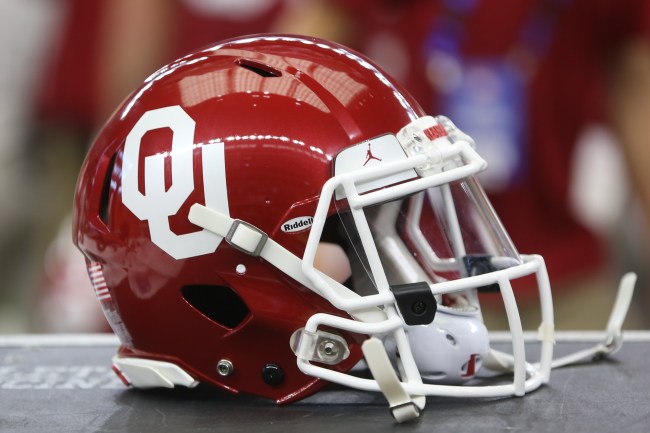 The Oklahoma Sooners are going to be missing a few players in their CFB playoff game against LSU on December 28th.

Acording to a report by Sooner Scoop three key Sooners players will be suspended for failing a drug test ahead of the Chick-Fil-A Peach Bowl.

Multiple sources have confirmed to SoonerScoop that Rhamondre Stevenson, Ronnie Perkins and Trejan Bridges have been suspended for the Chick-fil-A Peach Bowl.

Multiple sources confirmed the suspensions to SoonerScoop over the last two days. Most notably, starting defensive lineman Ronnie Perkins as one the players suspended along with backup running back Rhamondre Stevenson. True freshman and special teams standout Trejan Bridges has also been suspended.

“Do we know what the suspension is for?” also a co-host of The Franchise Players and former Oklahoma player Kelly Gregg asked.

“Recreational. Not PEDs from what I’ve been told,” Ikard answered.

Oklahoma’s head coach Lincoln Riley refused to comment when asked about the suspensions.

Lincoln Riley on the rumors of players being suspended for the Peach Bowl.

"I'm aware of the report that's out there. Unfortunately at this time, I cannot comment on it."#CFBPlayoff | #BoomerSooner pic.twitter.com/2L2p7SdP6y