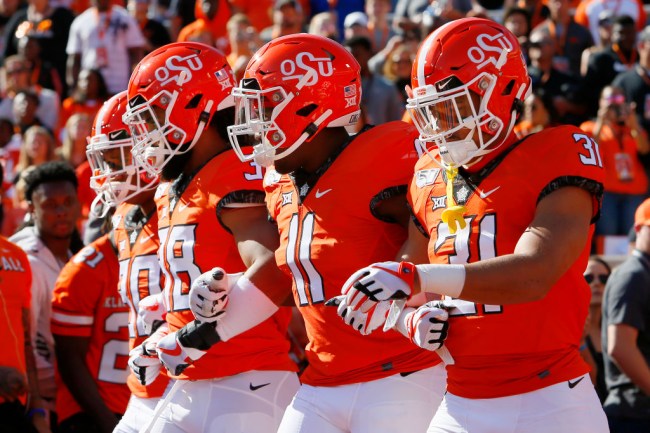 Oklahoma State linebacker Amen Ogbongbemiga announced on Twitter on Tuesday that he tested positive for the coronavirus after attending a protest in Tulsa, Oklahoma. It’s unknown at this time whether or not he was showing any sort of symptoms, but did state that he was ‘well protective’ of himself during the protest.

After attending a protest in Tulsa AND being well protective of myself, I have tested positive for COVID-19. Please, if you are going to protest, take care of yourself and stay safe.

According to ESPN, Ogbongbemiga was one of 30 players that returned to Oklahoma State’s campus on June 1 and each of the 30 players, as well as coaches and other staff members, were tested as well. After testing positive, the rising senior will follow the university’s protocol and be quarantined in separate on-campus housing. He will reportedly be tested again on Friday.

According to the school protocol, Ogbongbemiga’s quarantine will follow local and state health department and university guidelines, and he will be monitored by the team physician, athletic training staff and any other medical consultants. The protocol also says the school will begin contact tracing, starting with Ogbongbemiga’s “cohort/workout group.”

Ogbongbemiga led the Cowboys in tackles for loss with 15.5 and ranked sixth overall in the Big 12 with 100 tackles a season ago.