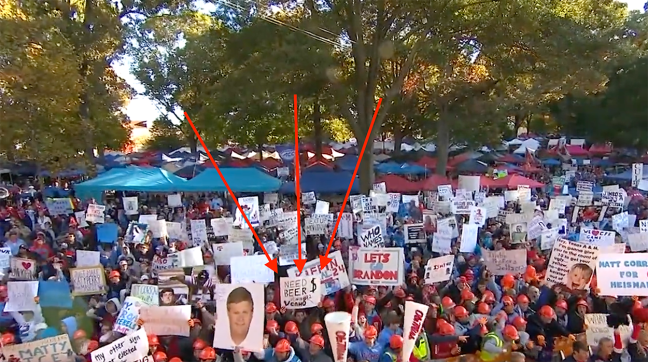 When College GameDay announced that it was returning to Oxford, Mississippi for the second time ever, Jack Gililland knew exactly what to do. He was going to follow the legends who had come before him and cash-in on the TV exposure. And he sure did.

As a sophomore at Ole Miss, triple majoring in entrepreneurship, real estate, and marketing, he doesn’t have much time to do anything outside of the classroom. But he needed some beer money.

Gililland, who has watched College GameDay for as long as he can remember, saw people with signs that said things like “hey mom, send beer money” with their Venmo usernames attached. He had seen them be extremely successful in the past and, being of entrepreneurial mindset, decided to try it out himself.

After spending $5 for a poster and a marker at Walmart, Gililland crafted his simple, but bold and eye-catching sign. It read “NEED BEER MONEY $,” with his Venmo listed below. 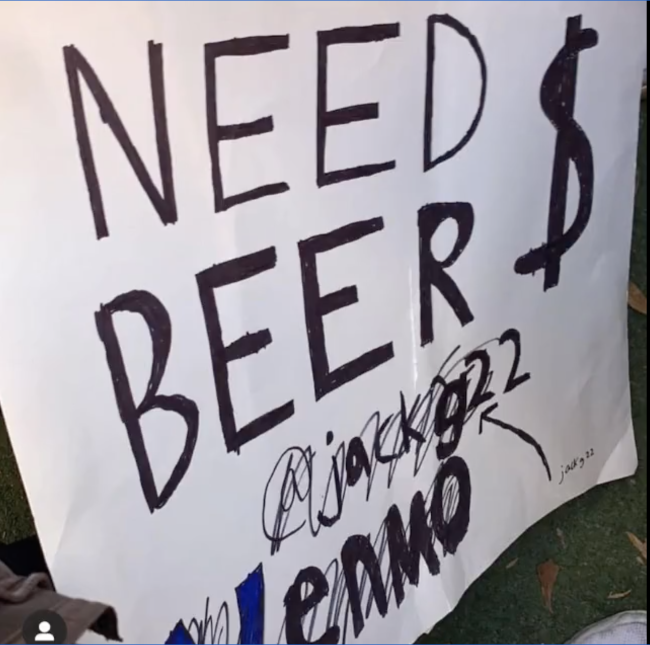 “I knew that he had to get on TV for it to work and I camped out all night to be one of the first people in the crowd,” he said.

It worked. He was.

Before the show began, everybody thought that there was no way that it would work and gave him a hard time. However, when the show started, it quickly became something way bigger than anyone — even Gililland — expected.

Whenever the camera cut in his direction, Gililland made sure that the sign was in a place that could be seen clearly by those watching at home. And the money started to roll in.

His first Venmo came in at around 8:15am for $5. But then, all of a sudden, his phone started blowing up.

Gililland says that his first TV appearance could not have lasted more than 10 seconds. It made him $850.

“People all around me started noticing because me and my friends were freaking out,” he laughed.

He had to transfer some of the money so his account wouldn’t freeze, but the money keeps coming. 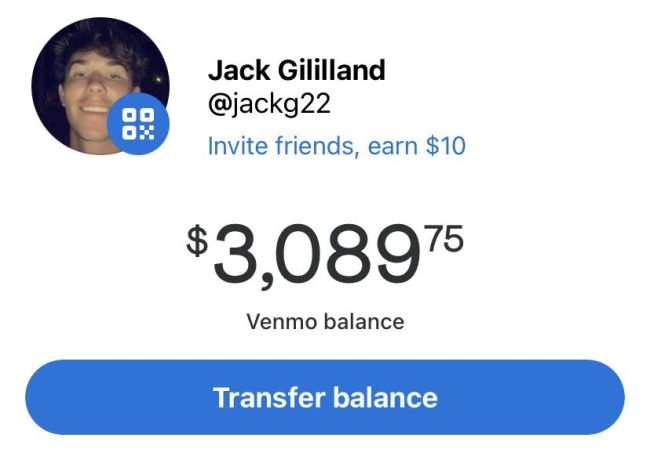 As for what Gililland intends to do with the money, he has a clear cut plan.

First and foremost, he is taking the opportunity to give back.

For every dollar that comes in, 25% will be donated to the William Magee Center at Ole Miss.

Focused on mental health, the Magee Center “is changing and improving lives through education, research, and support related to alcohol and other drugs (AOD) and holistic well-being. It engages with students individually, through organizations, and in communities to help them flourish and live their best life.”

With the rest of the money, he is undoubtedly going to have a few cold ones. But he also has plans to use it as an investment.

“I plan to expand my stock portfolio by throwing the money into long-term investment stocks that I could not previously afford,” he said.

How can you not respect the hustle? Hotty Toddy!