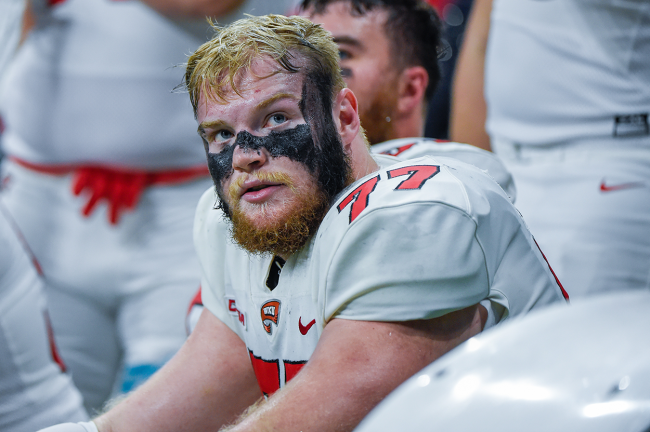 Beyond the on-field differences, there is a lot of contrast off of the field. Power Five programs typically have better facilities and more resources for athletes.

Ole Miss transfer Mason Brooks recently spoke about this topic. The fifth-year senior transferred from Western Kentucky during the offseason.

Brooks is slated to start at one of the tackle spots for the Rebels and he is settling in nicely. Beyond his fit in the Ole Miss offense, he is finding life in Oxford to be more luxurious than in Bowling Green, for lack of better word.

During a recent press conference after spring practice, Brooks spoke about the transition. He spoke highly of the talent on the field and mentioned that it is a big step up from the level of player on the G5 level.

In addition, he spoke about something that is very important to the Big Uglies up front — food. Brooks has been thrilled with the amount of different options he has presented to him at Ole Miss and is very glad that he no longer has to stuff down as many Peanut Butter and Jelly sandwiches as possible.

We met with OT Mason Brooks (@maseb82), who transferred to Ole Miss from WKU. I asked what the differences were between a smaller program & Ole Miss. Obviously, the talent level on a daily basis is different. But he also mentioned the abundant food situation and it was hilarious. pic.twitter.com/XftWXJNTCO

When it comes to eating, offensive linemen know best. This is a resounding endorsement for the food at Ole Miss.