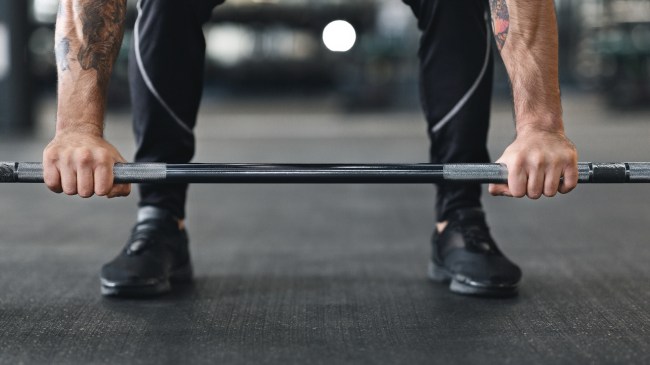 This year’s World’s Strongest Man competition was postponed from May until November for obvious reasons. It will now air on CBS next month on December 26th. Viewers who tune in to see the strongest human beings on the planet push their bodies to the limits will be treated to Oleksi Novikov breaking a world record.

Spoiler alert: Oleksi Novikov won this year’s World’s Strongest Man competition. It’s not really a spoiler at all because the competition has already taken place but I know someone somewhere will be like ‘I was waiting to watch that on TV!!!’ and I just want that person to know they’re awful. To everyone else, Oleksi Novikov wins and he sets a new world record with a 537.5 KG or 1,185-pound Partial Deadlift.

The location of the event was rescheduled at the very last second when Hurricane Eta was moving over Southwest Florida and it had to move indoors to the Bradenton Area Convention Center in Florida. The Ukranian native lifts the 1,185-pounds an estimated 18-inches off the ground and according to CBS Sports, this broke a record which has stood since 1983.

There are a few different clips floating around of Oleksi Novikov’s world record partial deadlift. I’ve included two here, a short one that gets straight to the action and a longer one that sets it up more. Here’s the shorter clip first:

and here’s the longer one:

Here he is in all his glory:

I’m so far removed from ever being able to even consider lifting weight like that that I’m almost just as astonished that a bar exists that can hold 1,185-pounds as I am that a human can lift it.

When asked how he was able to pull off this record-setting lift, he had this to say ‘When I walk in, I think, ‘Hmm, it’s not heavy. It’s no problem,” Novikov said.’

Maybe I’ll try that next time I’m at the gym. I’m sure it won’t backfire. I’ll just load as many plates as possible onto the bar and tell myself I can do it. Mind over matter. Why not?