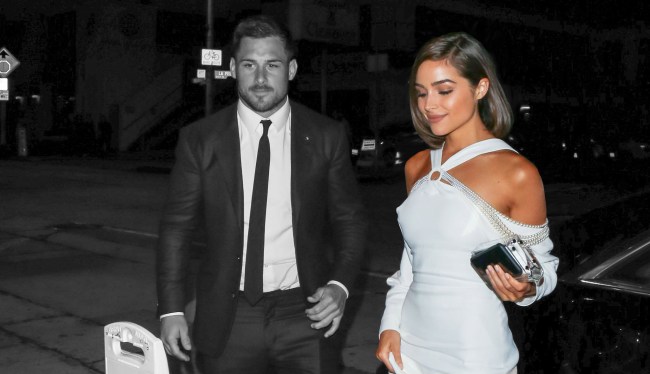 Former Miss Universe Olivia Culpo is not one to be trifled with apparently. After her then-boyfriend, Dolphins wide receiver Danny Amendola, was busted hanging out on a beach with another woman, sports journalist Bianca Peters, Culpo dropped a couple of not-so-cryptic messages on her social media accounts.

Culpo, who has been in Australia modeling for the 2019 SI Swimsuit Issue, and was not having Amendola’s excuse that it was all just a misunderstanding, doubled down over the weekend, posting a photo of a new Rolex, which costs an estimated $12,000, on Amendola’s 33rd birthday with the caption, “Looks like this is my present now. HAPPY BDAY TO ME.”

She also dropped yet another “snake” Instagram post, which was certainly no coincidence considering the number of different ways she’s posed for this shoot that she had to choose from.

This isn’t the first time Culpo has used social media to throw shade at an athlete reported to have been cheating on his woman either. Back in April, amidst rumors of Tristan Thompson’s infidelity in his relationship with Khloe Kardashian, she commented on one of his Instagram posts, “I hope you get spinach stuck in your teeth and no one tells you.”

Olivia Culpo does not play.