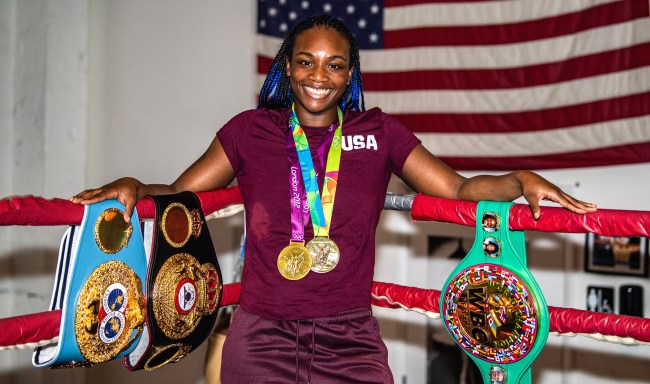 Lost in all the Mike Tyson and Jake Paul boxing hubub this past week is the huge fact that Claressa Shields, a two-time Olympic gold medalist and holder of all four major world titles in boxing – WBA, WBC, IBF and WBO – is making the move to MMA in a multi-year deal with PFL.

Shields, 25, who won gold medals in the women’s middleweight division at the 2012 and 2016 Olympics, is currently 10-0 as a professional boxer after a stellar 77-1 amateur career.

She is expected to continue boxing in 2021 in addition to competing in MMA, reports MMAJunkie.

This move to MMA has long been anticipated as Shields revealed that she began training earlier in 2020.

🤷🏽‍♀️ save the criticism it was my first time ! But I am serious about transitioning! pic.twitter.com/jaFQinMEJn

Shields is expectd to fight twice for PFL in 2021 in one-off bouts not part of the league’s traditional season format.

New PFL athlete @ClaressaShields spoke last year about a move to MMA and the adjustments she'd need to make.

"If they put me in 4oz gloves, they'll be calling me Muhammad Ali."

In the PFL, Shields will be joining fellow 2012 and 2016 Olympic gold medalist in judo Kayla Harrison who has made the successful transition to MMA with a perfect 8-0 record thus far.

“I’m not coming to MMA to lose. The next time they see me in the cage, I’m gonna have muscles coming out my damn neck training so hard to win.”

She’s going to be fun to watch.