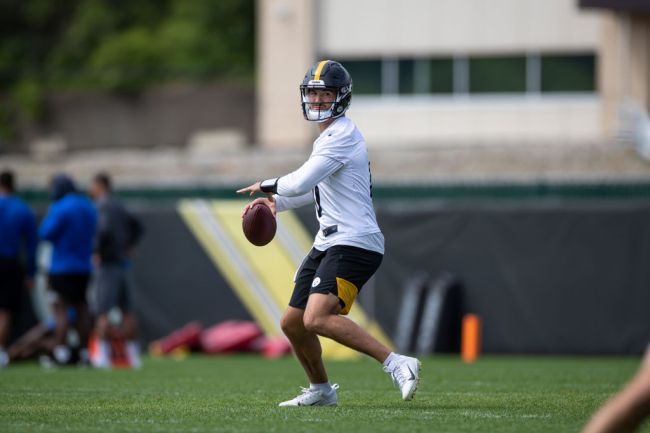 When the Pittsburgh Steelers spent the 20th pick in the NFL Draft on Kenny Pickett, it was expected that he would challenge Mitch Trubisky for the team’s starting quarterback job. However, it turns out he might not actually be providing much of a challenge at all.

Yesterday, The Atheltic’s Mark Kaboly broke down the Steelers roster and discussed the quarterback situation in Pittsburgh. According to Kaboly, “it’s difficult to imagine a scenario” where Trubisky isn’t the starter in Week 1.

Steelers roster breakdown: One thought per player, starting with the offense

It’s not all that much of a surprise that Pickett won’t be the Steelers’ starting quarterback in Week 1. There were no quarterbacks in this year’s draft class that were expected to be able to start right off the bat in their NFL career.

Still, when you make a quarterback the first one drafted in their class and spend a 1st round pick on them, you usually anticipate that they will at least provide some competition for the starting job.

We don’t know what Mitch Trubisky will look like as the starter for the Steelers after he struggled in Chicago and then spent a year backing up Josh Allen in Buffalo, but the Steelers had to be hoping that Pickett would at least be a viable alternative if Trubisky doesn’t work out.

There’s always the chance that the Steelers don’t need Pickett to take a snap this season, but the team’s fans would probably prefer to know that he’s at least competing with Trubisky for the job by the time the season rolls around to feel comfortable with the team’s investment in the rookie.