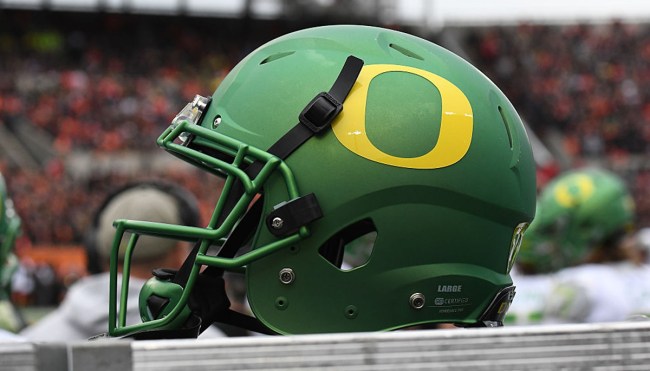 The human body has traditionally been a big fan of self-preservation and is armed with a number of different mechanisms that can be deployed in situations where it detects itself steadily edging toward the brink of failure.

Anyone who’s taken part in some serious physical exertion at some point is likely all too familiar with some of the ways your body can push back when you push it to the limit, whether it involves uncontrollable cramping, serious dry-heaving, or simply passing out on the spot.

Unfortunately, there are far plenty of people out there who view those red flags as rites of passage—especially when it comes to sports where pushing your body to the limit on a virtually daily basis is viewed as one of the most important aspects of the job description.

That philosophy serves as the foundation for the “football tough” mentality that has long been viewed as an instrumental key to success on the gridiron—and has also had an incredibly detrimental impact on countless athletes who’ve had to grapple with serious (and even deadly) consequences after being told to play through the pain.

That would appear to include Doug Brenner, who was a member of the offensive line at the University of Oregon during Willie Taggart’s tenure. In 2017, Brenner was one of three Ducks who were hospitalized following workouts that sources compared to “military basic training,” which ultimately lead to him filing an $11.5 million lawsuit against the NCAA in 2019.

Now, ESPN reports that number has ballooned to $100 million after Brenner and his legal team reevaluated their position ahead of a trial that’s slated to kick off this week. The lawsuit claims ex-Oregon strength and conditioning coach Irele Oderinde (who is named as a defendant in addition to Taggart) wasn’t properly trained and repeatedly crossed the line when it came to workouts—including the one that led to Brenner being diagnosed with rhabdomyolysis, a kidney-related affliction his attorney’s claim has subtracted ten years from his life expectancy.

Both Taggart and Oderinde are expected to be in the courtroom when the trial begins on Tuesday.