There could be some trouble brewing in Dallas over tonight’s national anthem. Team owner, Jerry Jones, who donated to Donald Trump’s campaign, has been gone on record several times saying that he’s not a fan of players kneeling during the anthem.

Here is Jones speaking on the subject during a radio interview.

“I just feel so strongly that the act of recognizing the flag is a salute to our country and all of the people that have sacrificed so that we can have the liberties we have,” Jones said on 105.3 The Fan’s Shan and RJ. “I feel very strongly that everyone should save that moment for the recognition of the flag in a positive way, so I like the way the Cowboys do it.”

Over the weekend, Donald Trump called for NFL owners to fire any player who protests the anthem by kneeling but several owners condemned the President’s comments have and stood by their players.

According to Orlando Scandrick’s fiancee, Draya Michelle, Jones may be siding with the President and is putting pressure on his players to not kneel during the anthem when she posted this Snapchat message implying that the Cowboys aren’t “allowing” their players to kneel. 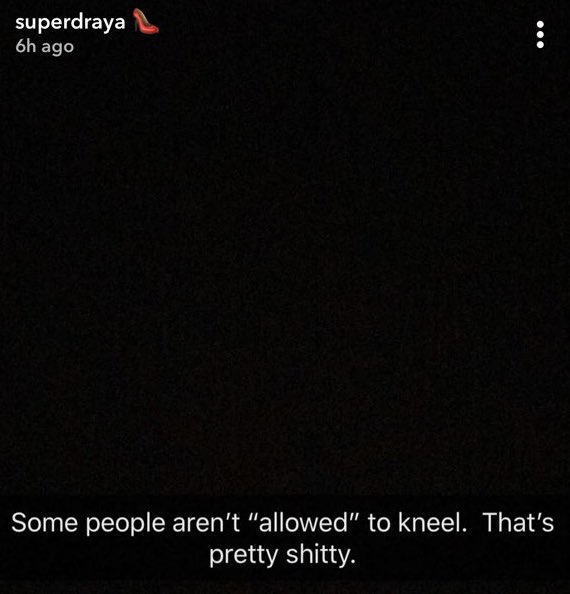 Today, Cowboys beat writer Mike Fisher is reporting that the Jones has not ordered or threatened any of his players to no sit out the anthem.

I’m told by Cowboys leaders that the Jones family has not “ordered’’ or “demanded’’ that players stand for the Anthem, but that Jerry has absolutely urged the team’s Leadership Council to stay true to that long-standing practice. (Read more about the Cowboys Leadership Council here.)

I’m told no player has been threatened with a “you’re fired!’’ edict if he breaks ranks — but again, it is the intention of ownership and the team Leadership Council that the players’ effort be a bonded one, maybe even including the locking of arms during the Anthem. (Worth noting: I don’t dismiss the idea of a player interpreting the combined wishes of Jones and the Leadership Council as an “or-else edict,’’ even though that’s not their intent.)

I’m told that the Joneses’ request comes with an offer: At any other time, at any other place, management is available to support a player’s cause … but that it prefers the moments during the Anthem to be “sacred’’ (coach Jason Garrett’s word) and uninterrupted.

It is also being reported that some Cowboys players might decide to “break ranks” and protest anyways.

Several Cowboys want to break ranks or so I have been told. More likely they lock arms cause that is what Jerry will allow them to do https://t.co/Sb829M7qNp

Like i said they are considering breaking ranks. We will see. They know what people are saying about them & it's bothering some https://t.co/L8Q31BSDAl

It’s going to be an interesting night to say the least.