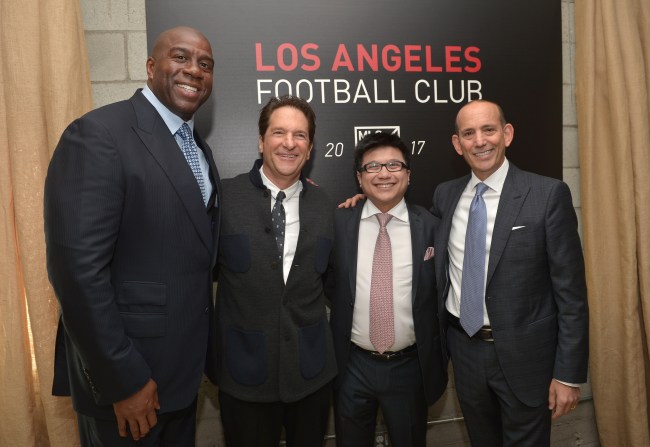 Fox (FOXA) outbidding CBS & NBC for Thursday night football (does not include digital rights), with an eye-raising 5-year $550 million/year commitment, received much of the fanfare; but, there was another broadcasting deal announced on Wednesday that deserves more attention. YouTube TV has secured the exclusive rights to broadcast L.A. F.C. (MLS) games, marking the first time a streaming service has landed primary (as opposed to television simulcast) broadcast rights. The wide-ranging partnership also gives the GOOGL-owned OTT pay-TV service naming rights on the jerseys of the expansion club. An exclusive YouTube TV channel will show +/-18 L.A. FC games (only within L.A. market) in their inaugural season, with the balance of the schedule available on ESPN & FS1 (both included within a YouTube TV subscription); there are no additional fees to access the games beyond the $35/mo. subscription cost. Financial terms of the deal were not disclosed.

Howie Long-Short: Never has a sports team chosen to forego broadcast television (affiliate stations, RSNs) in favor of live-stream exclusivity, so this partnership could shake up the industry. The proliferation of cable alternatives surely has other teams/leagues evaluating their options; teams like the Clippers, Trailblazers and Wizards are reportedly already discussing/exploring self-distribution following the expiration of their existing local rights deals. The NFL isn’t going down this route anytime soon, as they still draw massive television audiences that warrant lucrative carriage agreements (see: TNF deal); but, you can expect this trend to continue for teams/leagues playing to niche audiences.

Fan Marino: Fox is paying more ($100 million+) annually for TNF rights than NBC & CBS combined to pay last season, and both lost money; so, Fox isn’t expecting to make a profit (FOXA shares closed -4%, to $36.90 following Wednesday’s news) on the games. They did this deal to win the ratings war on 11 Thursday nights and to prop up the balance of their lineup. I had a chance to speak to San Francisco 49ers President Al Guido on Wednesday morning and asked him if Fox should have overpaid for the TNF package?

Al: You use the term over-paid. I can’t speak for Fox and how they valued the product, but Fox has valued NFL football for a long period of time and I think they would probably tell you that their business has been successful because of their purchasing of NFL football. The margin of victory (on Thursday night) has been as close as it’s been on Sundays, generally speaking the health and safety has been equal to Sundays and 37 of the top 50 programs are still NFL programs. I’m a big believer that Fox having all of the games on one network, will help them going forward.

“Mighty Mike” van Gerwen (Premier League champion) and Rob “Voltage” Cross (World Champion) are among 10 professional darts stars who will compete in the 2018 Premier League season, Britain’s biggest indoor sporting event (to get a feel for pro darts, watch this funny or die video). Elite players will compete head-to-head over the course of a 16-week season, with the Top 4 advancing to a play-off in May. BBC America will air the action (known as Thursday Night Darts: Premier League 2018) on American television for the first time this evening at 10p EST, with BBCAmerica.com airing the competition live at 2p EST. BBCA President Sarah Barnett explains professional darts as “a fringe sport like no other – it appeals to the obsessive soccer fan, requires the skill of poker and has some of the high entertainment quota of wrestling.”

Howie Long-Short: BBC America is jointly owned by BBC Worldwide (a subsidiary of BBC, a British public service broadcaster and AMC Networks (AMCX). AMCX reported Q3 ’17 operating income (+31% to $153 million), net income (+34% to $87 million) and subscribers (+15 million) all grew significantly YOY; as revenue increased 2% (to $648 million). Concerns about AMC’s The Walking Dead franchise exist, as ratings have declined over the last several seasons; but CEO Josh Sapan says those fears are overblown, as the show remains as “creatively vibrant as ever and incredibly vital to an enormous and very loyal audience.” Shareholders better hope he’s right, the company is planning a spinoff series, gaming properties and VR apps related to the franchise.

Fan Marino: BBC America acquired the rights to the 2018 Premier League Season from Matchroom Sports, a company founded by the English promoter Barry Hearn and currently run by his son Eddie. If you’re a boxing fan, you’ve heard their names before; IBF & WBA heavyweight champion Anthony Joshua is in their stable of fighters. Joshua has a fight scheduled with WBO champion Joseph Parker for March 31st; while WBC champion Deontay Wilder is scheduled to fight Luis Ortiz on March 3rd. Wilder is openly rooting for Joshua, he’d like to unify the division (and set-up a massive payday) should both win.

NFL Partners with Nickelodeon to Build Next Generation of Football Fans

Nickelodeon, the number one entertainment brand for kids for a 38th straight year, is making a concerted effort (in conjunction with the NFL) to prepare the next generation of football fans for Super Bowl LII. Through Sunday, Nickelodeon, Nicktoons and TeenNick will air specialty content and event coverage; including daily reports from various locations (Super Bowl Live, Super Bowl Experience etc.) and a Superstar Slime Showdown (Brees, Gurley and Deion Sanders will all participate). For those in Minnesota, Nick will have a 40×80 interactive destination (including 2 slime booths) at the NFL Experience celebrating current hits and classic series; there will also be a tailgate party for the kids.

Howie Long-Short: Viacom reported fiscal Q4 ’17 earnings back in November. Total revenue for the quarter was up 3% YOY to ($3.3 billion), with revenue for the company’s media sector (includes Nickelodeon + MTV, BET, CMT, VH1, Paramount Network, TV Land and Comedy Central) also up 3% YOY (to $2.55 billion). It wasn’t all good news though, VIAB reported a 3% decline in domestic affiliate revenue (to $948 million) and CFO Wade Davis predicted domestic affiliate revenue declines will continue through fiscal ’18; including a “high single-digit percentage decline” in ‘H1 and a “mid-single-digit percentage decline” in ‘H2. The company will release its next earnings report on February 8th.

Fan Marino: Last July, Nickelodeon held their 4th annual Kids’ Choice Sports Awards; with Russell Wilson hosting for a 3rd year in a row. Russell Westbrook (Clutch Player of the Year), Kevin Durant (Sickest Moves) and Wilson (King of Swag) were among the nights’ big winners. With ratings for NFL regular season games down 9.7% and playoff games seeing an even bigger drop, the NFL is wise to focus efforts on ensuring America’s youth remain immersed in the game.