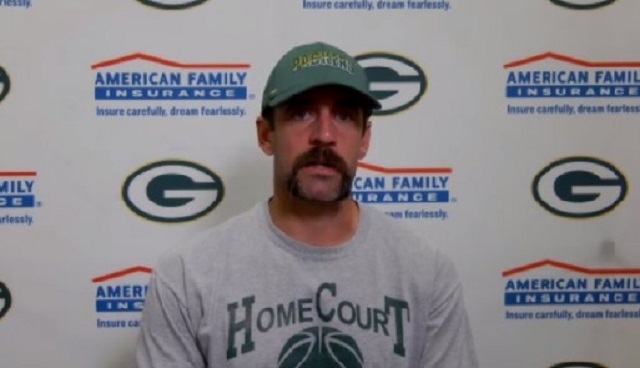 Aaron Rodgers and the Green Bay Packers are back practicing on the field for the first time this year in preparation for the new season.

After the team’s practice, Rodgers spoke to the media and says he feels good about where the offense is at.

Today was sharp, today the energy was really good I felt, Matt was stressing that before practice but I felt like it was sharp. The guys were moving around pretty good and we were pretty efficient at time. That’s how we wanted to look. I think a lot of that on offense is that we’re in our second year, we’re just more comfortable in the offense

Many in the media immediately noticed Rodgers’ new handlebar mustache.

And the jokes started flying.

"You can trouble me for a warm glass of shut the hell up" pic.twitter.com/v6nT2DN6sF

i knew that looked familiar pic.twitter.com/N39JQoUEq8