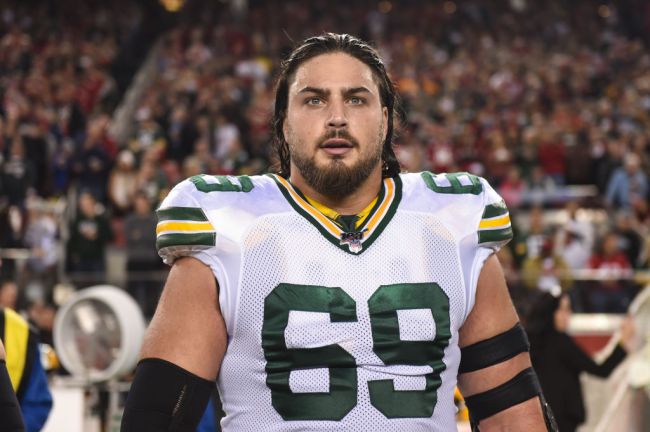 When it comes to mindset in the NFL, a player’s pregame routine can make or break their success. Some players get slapped before games, others stay loose by showing off their best dance moves, and some stay true to important superstitions like eating a specific chocolate chip cookie every week.

Four hours prior to kickoff, the 6-foot-4, 310-pound left tackle sits at his locker and taps into his on-field persona. It’s extreme.

“You got to have a screw a little bit loose to play in this league,” Bakhtiari said to The Ringer.

In some ways, to loosen that screw, he summons motivation from ‘The Dark Knight.’

“[The Dark Knight soundtrack] helps me tap into my emotions and get that hair to spike up on my arms,” Bakhtiari said to The Ringer. “It gets me to mentally leave this nice person and understand that, ‘Hey, for the next three hours, you got to be someone different in between the lines.’”

Specifically, Bakhtiari listens to the song “I’m Not A Hero.”

While the intense orchestral film score pumps through his headphones, the man who protects Aaron Rodgers’ blindside taps into the film. He visualizes each of the most extreme parts of the movie, from the opening heist, to the Joker kicking a knife out from his boot, to Batman dropping into an epic night flight, dive bombing through a window into a pack of criminals, whooping ass and kidnapping the boss before they’ve even realized what happened.

And then, after picturing the most action-packed scenes from The Dark Knight, he visualizes his own cinematic moments. Bakhtiari manifests each of the plays that he wants to make against the opposing defense that day.

The process is so emotional that he usually cries.

“It’s just me and my thoughts,” Bakhtiari said to The Ringer. “It’s pretty much meditation. Psychotic meditation.”

Much like Heath Ledger and Christian Bale are playing a character in the movie, Bakhtiari gets into character before he takes the field. For him, The Dark Knight is a big part of that.

Bakhtiari is not the only one who looks to The Dark Knight for stimulation. The Ringer profiled the relationship between The Joker, the movie and players in the NFL and it’s more widespread than you might think.

However, nobody takes it to the extremes of Bakhtiari, who is just a different animal. Big Uglies lead the way and Bakhtiari is one of the best in the league.

A big part of that comes from The Dark Knight.