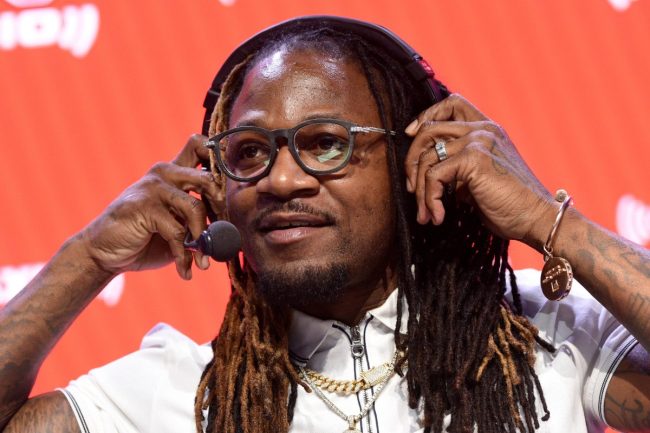 Pacman Jones is no stranger to natives of Pittsburgh. In fact, he’s become one of the more hated athletes in the city based on both his college and professional football affiliations.

The defensive back played for the West Virginia Mountaineers before moving on to a lengthy NFL career in Cincinnati. Jones, due to his confident play and trash talking tendencies, quickly became enemy No. 1 for most fans. And the feeling is mutual.

On Thursday, the Pacman hopped on a local radio show to talk about the upcoming Backyard Brawl between the Mountaineers and Pittsburgh Panthers. He was not kind to his school’s archrival.

In fact, Jones had to be cut from the segment for his language in a NSFW rant.

If you know anything about the Backyard Brawl, it’s that it’s filled with pure hatred. These two programs despise one another. They also open the 2022 season Thursday night in Acrisure Stadium.

The matchup will represent the first time these foes have met in more than a decade.

Jones previewed the rivalry in a radio interview, which can be heard here. Below is the comment that forced hosts to hang up his call.

When asked about fans in Pittsburgh that don’t like him…

The call lasted all of three minutes, which just goes to show the hate between the two schools. He sent a text after the show apologizing, saying “My bad, I’m thinking Sirius XM.”

We’ll soon find out who gets this year’s bragging rights with the game just hours away. Pitt opens as a touchdown favorite.