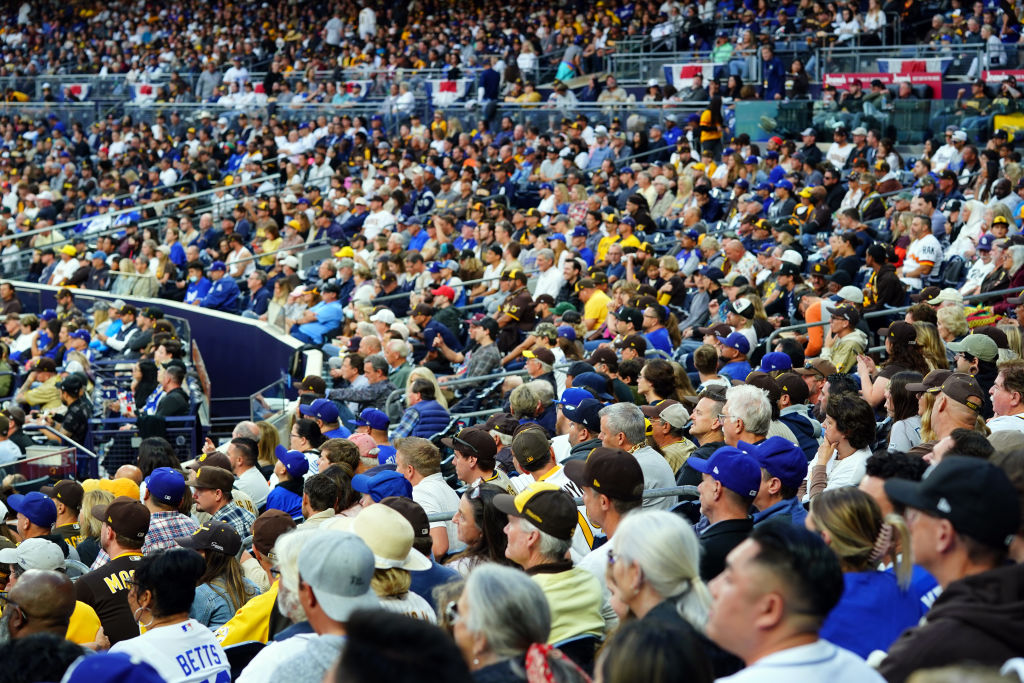 Fans who fight in the stands are the worst. They’re everywhere. They are unavoidable at a lot of stadiums unless you’re in the 100-level seats. And they’re the worst.

The Padres lost to the Dodgers in 16 innings last night. It was the longest MLB game to take place since they implemented the rule where the runner starts on 2nd base. Both the Padres and Dodgers put up 2 runs in the 15th inning but the Dodgers came back out and scored 2 more in the top of the 16th to win the game.

There are haymakers going around. Guys are kicking each other. People are attempting to break it up. There’s some screaming happening. Someone gets tossed down several flights of seats. And still, security is nowhere to be found while this wild Padres fan brawl takes place.

Someone in the Twitter comments claims security showed up half an inning later and the entire section clowned on them for missing the altercation. They also claimed the absence of security was even stranger because there was a very large police presence at the game.

Over on TMZ Sports, they say they reached out to cops to ask if the incident was being investigated but hasn’t heard back yet. I don’t doubt that someone somewhere texted a cop friend like ‘hey, did you see this?’ nor do I think there’s a shot in hell the police are investigating it as all parties went their separate ways.

It’s unclear at what point in the night this fight took place at Petco Park. The game lasted for 16 innings!