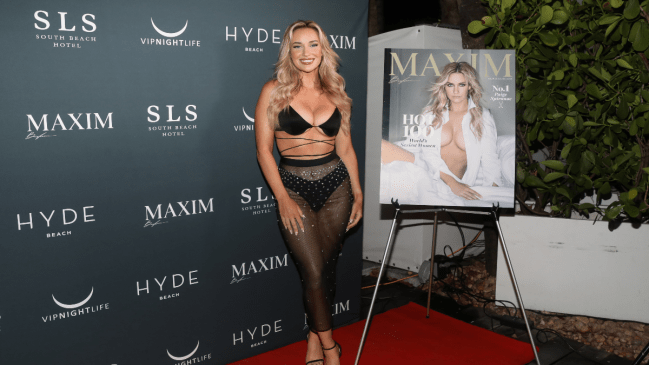 By now, just about everybody in or around the sports world knows the name Paige Spiranac.

The former golfer turned sports influencer was named No. 1 on the Maxim Hot 100 list in 2022, an accomplishment even she was shocked by.

Spiranac is just as well-known for blonde bombshell look as she is for her spicy sports takes. Take, for instance, her prediction that the New York Yankees will win the 2023 World Series.

She’s also been a fierce advocate for women in sports.

“I’m so sick of women belittling accomplishments of other women because it’s done differently than they would. @livvydunne is getting hate for making 2 million a year. She’s built a successful business (at 20) all while being a student-athlete. That’s badass,” she said in a recent tweet defending LSU gymnast Olivia Dunne.

Spiranac also made a recent post commenting on the inequalities between male and female athletes who make money off of their appearances.

“There has been a ton of discussion around female athletes and showing off their bodies,” Spiranac begins her latest viral video.

“People are saying, ‘Stop oversexualizing yourself, you’re taking women back. No one’s going to take you seriously.’ And I think that is a big stinking pile of sh-t,” she said in mid-November.

But one thing seems to get missed every time Spiranac speaks up. People forget that she’s still a really, really damn god golfer. She showed just that in a recent Instagram video.

Lost in the daring outfits and hot takes is the fact that Spiranac more than holds her own on the course. She showed off her swing, while donning a short skirt, in her latest Instagram reel.

The short video shows Spiranac on the driving range teeing one up and launching it into orbit. And honestly, most golfers (myself included) would kill her for swing.

It’s safe to say that while Spiranac’s looks make take her far, she’s more than just a pretty smile.