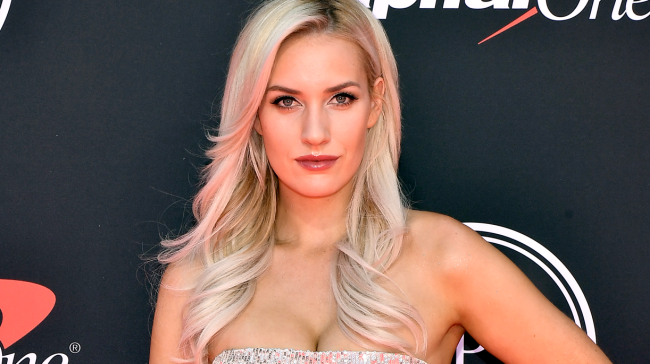 Last week, popular LSU gymnast Olivia Dunne was one of several women who were discussed in a New York Times article about female athletes and NIL money.

In the article, Dunne confirmed that she makes a staggering amount of money off social media. Great, right? Not so fast.

The gist of the article was that “sex sells” and female athletes like Olivia Dunne were setting the women’s movement back decades… or something.

Dunne clapped back at the Times using the very photo the paper had at the top of its story and also received support from the poster woman for female athletes making bank with the help of their looks, Paige Spiranac.

“She’s built a successful business (at 20) all while being a student-athlete. That’s badass,” Spiranac said.

Apparently, Paige has been getting some heat for her response to the Times article and the hand-wringing over athletes like Dunne and the Cavinder Twins using their attractiveness to rake in a lot of cash.

Related: Paige Spiranac Dumps On The USMNT World Cup Shirts, While Not Wearing A Shirt

“There has been a ton of discussion around female athletes and showing off their bodies,” Spiranac begins her latest viral video.

“People are saying, ‘Stop oversexualizing yourself, you’re taking women back. No one’s going to take you seriously.’ And I think that is a big stinking pile of sh-t.”

Spiranac then points out that the four highest paid female athletes in the world: Naomi Osaka, Serena and Venus Williams, and Simone Biles are all not only “badasses,” they all also have posed for the Sports Illustrated Swimsuit Issue.

I said what I said pic.twitter.com/yoaVhNZooq

Last month, Paige Spiranac called out some of her worst critics on social media. This month, in addition to all the critics of female athletes making money off of their looks, she also took aim at all of the fake social media accounts that pretend to be her.

Take a look at what she had to say about them here.