Paige Spiranac Dumps On The USMNT World Cup Shirts, While Not Wearing A Shirt 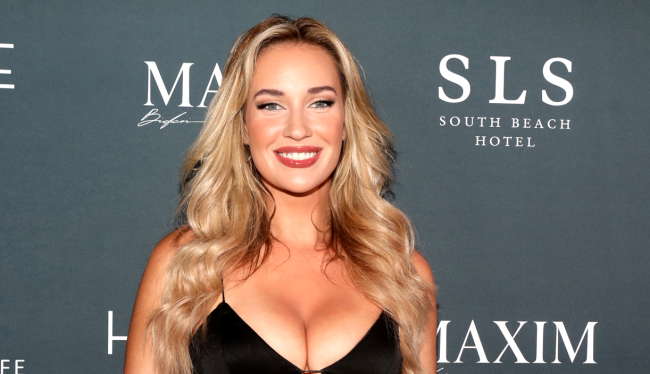 Much like, well, pretty much everyone, popular golf influencer Paige Spiranac is not a big fan of the lame US Men’s National Team’s World Cup kits, especially the shirts.

Spiranac is so not down with the USMNT shirts that she decided to boycott all shirts in general and wearing just a sports bra in a new viral video talking about it.

“Hey, everyone, it’s Paige and I have the World Cup USA kit,” she begins the video which appears to take place on a soccer field (?). “A lot of people here are very disappointed because they think it’s quite boring and honestly, I have to agree. They were like let’s just like, ‘we’re going to mail it in, we’re just gonna make it all white and put USA right on the front.’ Like, what is this?!”

She then asks what viewers think about the USMNT World Cup kit and which kit from previous years do they choose as their favorite.

Probably the 2012 home (Waldo) but I liked a lot of them. The current ones are at the bottom of my list. pic.twitter.com/dGRnnXIzwL

“I am Canadian and we are the only country in the World Cup that didn’t get a new kit…. so there’s that lol,” someone else pointed out.

I think the socks really made these. 1930 3rd place squad (furthest US has ever gotten in the Cup) pic.twitter.com/6SHmxx4ZwN

Another viewer wondered if maybe the USMNT was going for all white because it’s supposed to be 8 million degrees in Qatar during the World Cup.

The real question here though is why isn’t Paige Spiranac wearing a shirt in this video?

Is she going for some sort of Brandi Chastain/USWNT/World Cup tribute?

Is it an homage to the legendary Sue Ellen Mischke of Seinfeld fame?

She doesn’t say in the video. She doesn’t even reference that fact that she’s wearing a bra for a top. So we’re only left to speculate.

Earlier this week, Spiranac put out another viral video addressing some of the strange and horrible things that happen when you are a social media maven.

Last month, Spiranac blasted some of her worst critics on social media. This month, she took aim at all of the fake social media accounts that pretend to be her.

Take a look at what she had to say here.