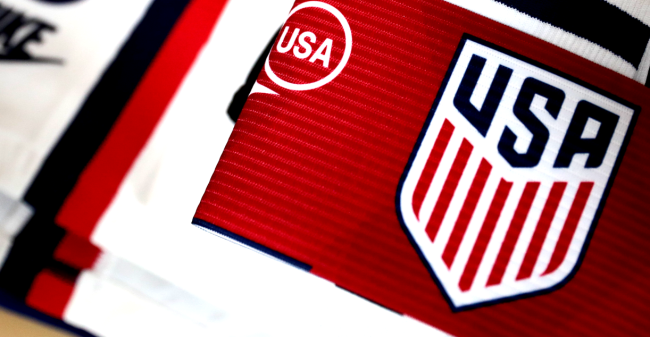 Back in August, the 2022 World Cup jerseys for the U.S. men’s national team were believed to have been leaked.

A large portion of the soccer world that saw them, including USMNT players Tim Weah and Weston McKennie, thought they were terrible and hoped that the leak was a mistake.

One person commented, “These look like they’re going to debut on the clothing rack at Marshalls.”

Another fan wrote, “The white one looks like a half-finished defective shirt sold at TJ Maxx for $4.99 and the blue one looks like something a 4 year old made after watching a Blippi Tie-Dye video.”

On Thursday, Nike revealed the actual USMNT kits for the World Cup and… well… it turns out that the leak was accurate. And soccer fans still hate them.

The boys in uniform ⚪️ 🇺🇸

Nike added, “The 2022 USA collection serves as a symbol of national pride and draws inspiration from the United States’ diverse and storied sport legacy.

“The iconic U.S. uniform design cues include bold stripes, an enlarged center crest akin to basketball jerseys, double Swooshes on the sleeves reminiscent of those used on American football jerseys, the unique shoulder and sleeve cut-and-sew construction and pattern of a hockey jersey, and timeless block lettering.

“Subtle details, like “States United” on the inner back of the shirt, add depth to the story of unity and togetherness while the ice-dying technique used on the away kit create a vibrant pattern to celebrate diversity and youth.”

Prepped to battle in Blue 🇺🇸

Did they buy dry fit shirts from Walmart and iron on the numbers and logos on?

Inspiration from basketball, football, hockey. Somehow you manage to make a US World Cup jersey without looking at soccer in the United States. These are trash. Thank you for the disrespect.

Damnation, the new #USMNT kits are beyond boring - so let’s try something radical. 70’s American hero, Evel Knievel had his high-flyin’ & death-defyin’ brand in both home/away versions, so, why not? 🤔 pic.twitter.com/s9skC80TUP

These would also work…

I saw the USMNT kit leaks a while back and decided to design the proper set. Waldos at home, Stars on the road, and the special black & gold Declaration of Independence kit for the WC final. pic.twitter.com/faN3EAsnnB