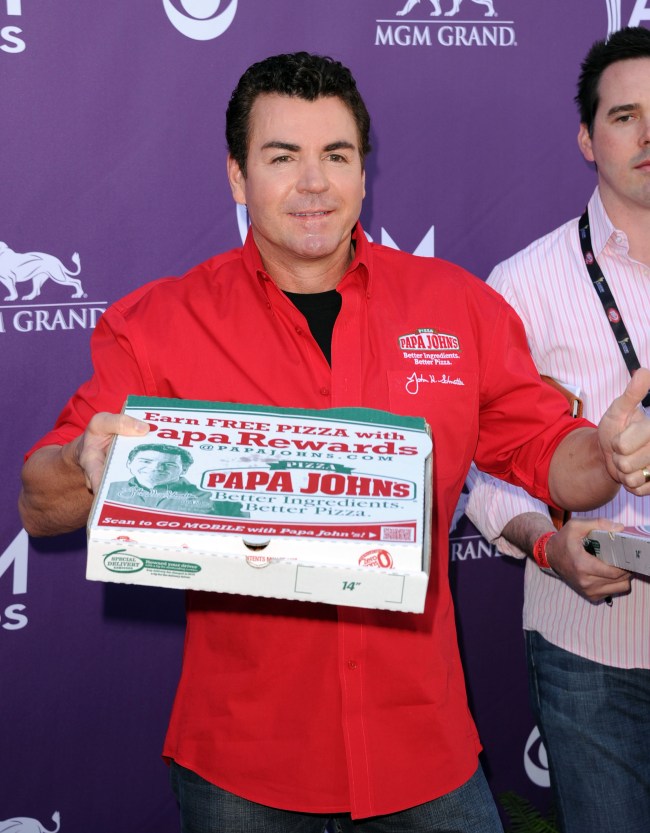 The NFL and Papa John’s (PZZA) have agreed to mutually terminate a partnership that made PZZA the league’s Official Pizza Sponsor. Papa John’s CEO Steve Ritchie (replaced founder John Schnatter on Jan. 1) said the company will reallocate marketing dollars towards the league’s star players and its 22 partner teams. The announcement comes less than 6 months after former PZZA CEO John Schnatter criticized the NFL’s handling of player protests; blaming the company’s poor 3rd quarter on the failure of NFL leadership to resolve the controversy. The league expects to have a new Official Pizza Sponsor before the ’18 season kicks off.

Howie Long-Short: The announcement comes along with Papa John’s release of Q4 ’17 financials. Earnings declined 12.5% YOY (to $28.5 million) as North American same-store sales dropped 3.9% YOY; with negative consumer sentiment to blame. The company is projecting 2018 North American comparable sales to be flat to -3%. Following the less than stellar news, PZZA shares declined 7.59% in after-hours trading on Tuesday. The stock is down more than 17% (to $56.36) since Schnatter made his initial comments critical of the league.

Fan Marino: Many believe Jerry Jones, who owns stake in more than 100 Papa John’s stores, was behind Schnatter’s comments critical of Commissioner Goodell. It’s certainly no secret that like Schnatter, Jones believes players should stand for the national anthem. While Jones won’t be pleased about PZZA’s Q4 ‘17 performance, he’s likely far more annoyed with the $2 million the league wants reimbursed for legal expenses; related to his challenges of the proposed contract extension for Commissioner Goodell and the 6-game suspension issued to Ezekiel Elliot. He’s has already requested a meeting with the Commissioner to appeal the penalty.

Major League Baseball has announced a partnership with Mitel (MITL) to bring a unified communications system to all 30 MLB parks. The private, secure connections will be implemented within dugouts, bullpens, video review rooms and press boxes across the league, in time for Opening Day ’18. The new system will help MLB ensure its teams remain in compliance with all league rules and regulations (see Fan below). The multi-year agreement also makes MITL the league’s presenting sponsor of instant-replay reviews and the Official Business, Technology and Communications Partner of MLB.

Fan Marino: The league required a unified system with recording and monitoring functionality, because teams (see: Red Sox) were using technology to steal signs (against the rules). No longer will a team member watching video in the replay room, be able to phone in signals they’ve stolen. They’ll now be forced to jog to the dugout, convey the stolen signals to a runner on 2nd base; who will then relay them back to the hitter. While certainly not a fool proof solution, the new technology does make cheating more difficult.

Fun Fact: Every MLB team will play on Opening Day (March 29th) for the first time since 1968.

Amazon is reportedly interested in acquiring a “super pack” of English Premier League (EPL) broadcast rights; a package that would give them 40 live matches/season, near live rights to all 380 games/season and the ability to show highlights. The rights would span 3 seasons (’18-’19 through ’21-’22) and in theory, help the e-commerce juggernaut bring new subscribers to their Prime service. The EPL, looking to offset the loss of value (-14% from last round of negotiations) from the first 5 packages that were awarded, has additional incentive to work out a deal with AMZN; the organization is considering launching its own OTT service and wants to use the next 3 seasons to gauge the potential for streaming success.

Howie Long-Short: Of the 5 rights packages awarded thus far, Sky Sports (subsidiary of Sky PLC, SKYAY) won 4 of them; for $1.655 billion/season. On Tuesday, Comcast Corp. (CMCSA) made a $31 billion offer for the European pay TV provider, driving SKYAY share prices up 21% (to $74.58). While that’s good news for SKYAY shareholders, the offer likely has DIS execs fretting. SKYAY was the “crown jewel” of DIS’ $52.4 billion offer for FOXA assets. DIS now must decide if it will proceed with the FOXA deal without SKYAY or look to outbid CMCSA for an asset it desires.

Fan Marino: The term “near live rights” refers to a networks ability to re-broadcast games shortly after their conclusion. That must be a European phenomenon. I find second screen devices (and platforms like Twitter) critical to the sports viewing experience. If the game isn’t live, you’re eliminating the use of those devices for the purposes of social interaction, game updates etc. Of course, you also must manage to avoid the score of the game while it’s being played; good luck with that!