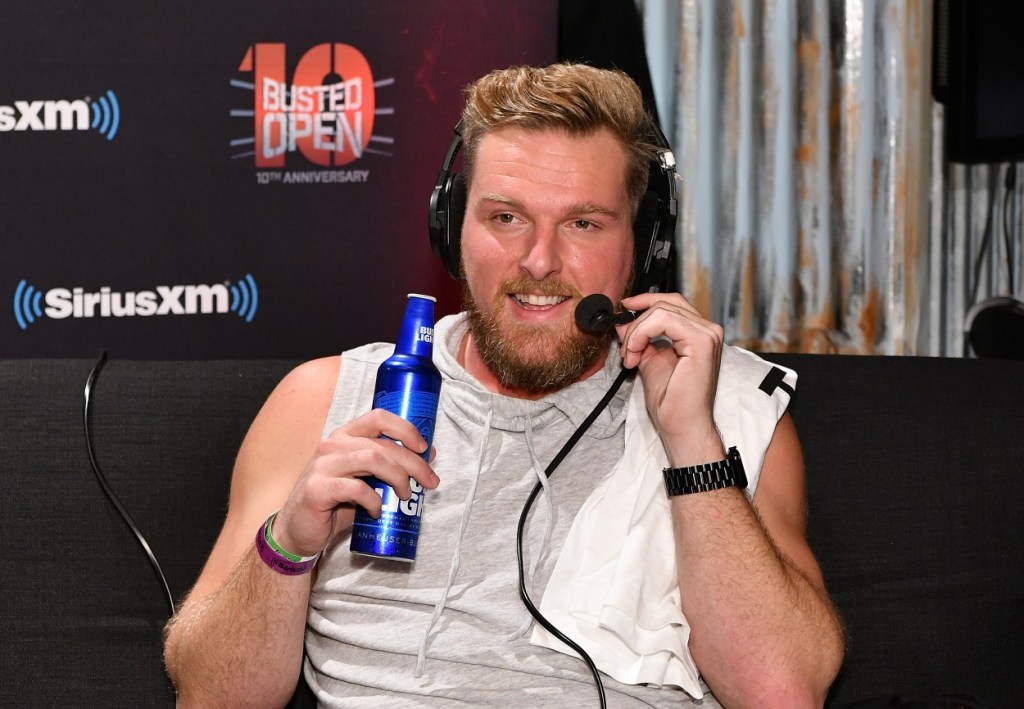 NFL broadcasts will look a little different next season with the addition of Amazon Prime which is taking over Thursday Night Football. Amazon has already shown how serious they are about making TNF a massive success by throwing tens of millions at Al Michaels as their new host and their deal with the NFL has Amazon paying the league a BILLION dollars between now and 2033.

But a new report from Front Office Sports suggests Amazon Prime still has some money left to spend and they’re working on a Pat McAfee-led broadcast to rival ESPN’s Emmy-winning ‘Manningcast’. This would be awesome if Amazon Prime could pull it off. Pat McAfee is one of the most insightful figures in the NFL media space.

But is it realistic? That remains to be seen. Pat McAfee currently has a 4-year deal with FanDuel worth $120 million that makes him a very busy man.

The FOS report states Pat McAfee would be the “unquestioned star” and says he wouldn’t have to “play the kooky sideline reporter” because of the Al Michaels-led broadcast.

Amazon reportedly declined to comment on the story when Front Office Sports reached out but a previous quote from Roger Goodell suggests the league has big aspirations for Amazon. He said “I really believe that Amazon Prime’s going to change the way people watch football. Amazon’s platform is going to allow us to do things that we’ve only dreamed about to date.”

Pat McAfee has previously joined ESPN’s ‘Manningcast’ led by Peyton and Eli. He was a natural. You can find that broadest right here on YouTube if you’re curious about it.

The FOS report about a Pat McAfee-led rival to the ‘Manningcast’ does note that Pat himself mentioned talks with Amazon back in February. At the time, Pat said with his current show and work obligations it would be impossible to travel to stadium locations each week.

So it’s interesting that there’s now a discussion of a mega cast that could be broadcast from Pat’s booth and not require any extensive travel.