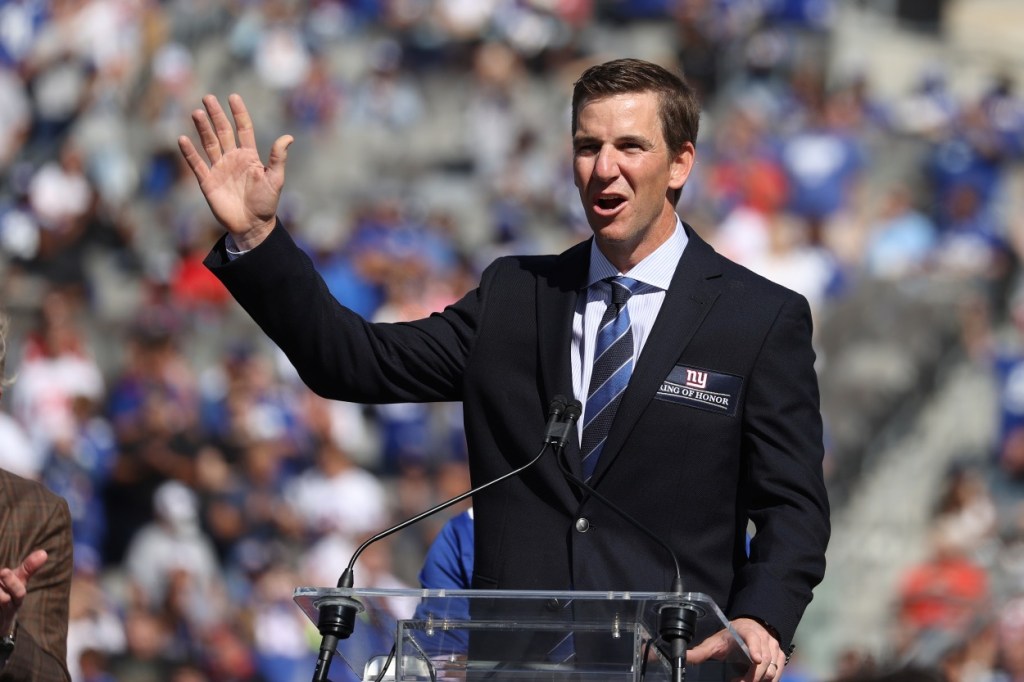 When the 43rd Annual Sports Emmy Awards nominations were announced everyone at ESPN was celebrating. The ‘Worldwide Leader in Sports’ led the industry with 62 62 Sports Emmy Award nominations and among those nominated were Peyton and Eli Manning for their work on The Manningcast, a MNF alternate broadcast.

I can honestly say I didn’t watch a single Monday Night Football broadcast last season that wasn’t The Manningcast. It was so superior to the main MNF broadcast there was no reason to tune into anyone other than Peyton, Eli, and their guests.

Interestingly, both Peyton and Eli Manning were nominated for Sports Emmys but they were nominated for different categories. I’m not entirely sure how it all makes sense given they were working together on the same broadcast. But Eli was nominated for ‘Emerging On-Air Talent’ and Peyton received a nomination for Event Analyst. From the outside, that seems like a sneaky way for ESPN to take home more awards when the brothers should’ve probably been competing against each other….

Upon hearing that he’d been nominated for one of the 43rd Annual Sports Emmy Awards, Eli Manning cracked a joke about changing his life if he wins.

Eli Manning Will Go FULL Hollywood If He Wins An Emmy

If I win a Sports Emmy, watch out! I will become the most high maintenance Diva ever! https://t.co/n8nYDZdJAM

Eli Manning will be competing against Malika Andrews, Julian Edelman, Greg Olsen, and Taylor Rooks for the award. ESPN nabbed 2 of the 5 nominations in that category. And in addition to Peyton and Eli’s individual nominations, Monday Night Football with Peyton & Eli was nominated for Best Live Series and Best Technical Team Studio.

Turn it down and dedicate it to Brady as a consolation for those 2 Super Bowl L’s.

Look at our king pic.twitter.com/O6uJekIEIV

Your show rocks. Better than any MNF telecast. Easy!

I mentioned above that Peyton was nominated in a different category than Eli Manning. Peyton received the nomination for Best Personality/Event Analyst and there are only two people in that category, Peyton and Kirk Herbstreit. Things might get awkward around ESPN if Kirk snipes that award away from Peyton…