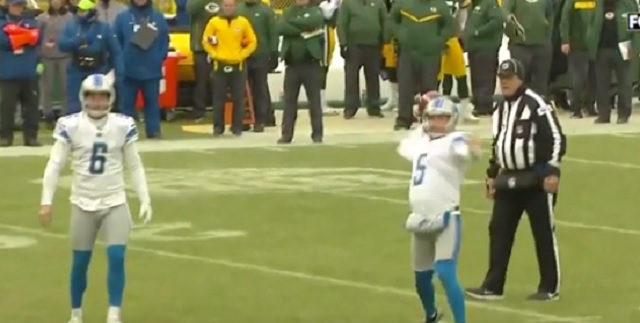 McAfee made his broadcast debut on Sunday’s Lions-Packers game on Fox and gave us one of the most memorable calls of the season when kicker Matt Prater threw a fake field goal touchdown pass in the second quarter..

Fans seem to be enamored with McAfee’s booth debut.

Packers-Lions really is the Pat McAfee show. They are letting him color way outside the lines in a way that rookie color commentators and even established ones get to do.

Pat Mcafee better be getting another game. If Jason Witten gets an entire year, Mcafee should be getting a lifetime contract for as long as he wants.

Pat McAfee calling that Prater TD…. play that at my funeral

Pat McAfee is a national treasure

Pat McAfee commenting football games is the best thing to happen to the sport in a long time https://t.co/I8vfqb4sLb