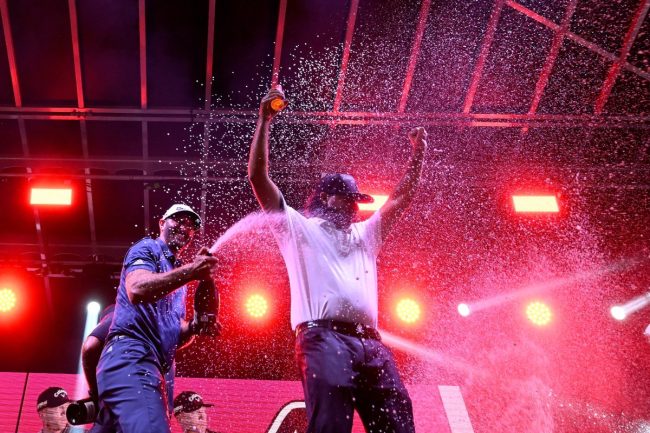 Pat Perez is making a quiet fortune on the LIV Tour this season. And by quiet, we mean VERY quiet.

Through three starts, he’s finished 34th, 32nd, and 15th in a 48-man field. With no cuts at LIV events, Perez has been able to play out the weekends. And with the team aspect of the tournament scoring, he’s also been able to reap the benefits of being paired with top performers.

Despite finishing near the back of the pack in two of the three events, Perez has racked up more than $2.6 million. Of that, $2.25 million have come from team winnings.

His team of Dustin Johnson, Patrick Reed, and Talor Gooch split the $3 million first-place prize for their win in LIV Golf’s Boston tournament. It was the third team win for the ‘4 Aces’ crew, backed by Johnson’s No. 1 finish.

Gooch finished sixth in Boston this weekend, while Reed has notched a pair of top 5 LIV finishes this season.

Perez has ridden the coattails to land a $750K paycheck with each of those three team wins, and it has folks on social media talking.

After seeing that Pat Perez is landing major money despite comparatively poor play, many on social media posted reactions. He appears to be that group partner that didn’t do much to help on the project but still got an A.

One golf fan compared him to being a backup quarterback that rarely sees the field.

So, in other words, he’s the back up QB and extra point holder on an NFL team?

Another asked if he was “the ultimate coat tail rider.”

This fan said, “That one guy in the group project who also gets an A.”

That one guy in the group project who also gets the A.

While his play hasn’t matched that of his teammates, it certainly looks like Perez made the right call. We’ll see how much longer he lasts with LIV Golf as the league appears to be making cuts to stay at a 48-man field.