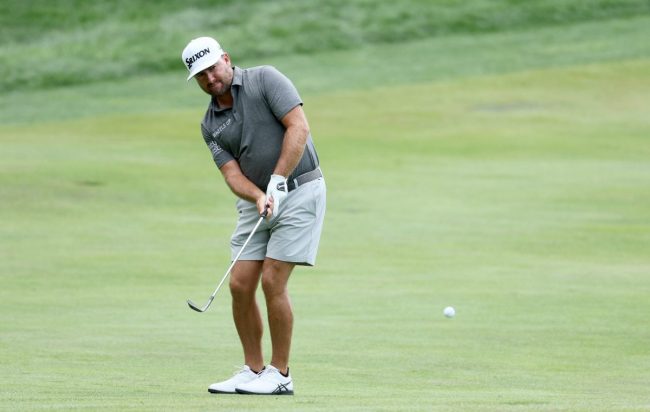 LIV Golf made a big announcement this weekend, further differing itself from the PGA Tour. LIV players will now be able to wear shorts while playing in tournaments.

The league broke the news on social media with a video clip featuring Greg Norman. In the clip, Norman says, “It’s official. As of tomorrow, LIV players will be able to wear shorts. The first league or tour ever to make it official.”

And of course, Phil Mickelson was one of the first to reply, responding, “I can’t wait!”

This is something that has been debated on the PGA Tour. In 2019, the Tour began to allow shorts at practice rounds, but it has never made the move to sporting the britches on tournament days.

Players, however, seem to love it. It should offer a more comfortable fit when walking the course, particularly on those hot summer days.

Fans were quick to react to the news, too, posting their responses on Twitter shortly after the announcement. It was a mixed bag of replies.

After hearing that LIV golfers will now be able to wear shorts in tournaments, many fans hopped on social media to post reactions. There are those in favor, and of course, those that are against.

One fan said, “I will never understand why PGA Tour is so against shorts.”

Say whatever you want about LIV

I will never understand why PGA Tour is so against shorts https://t.co/kPN8YoXumj

Others aren’t so fond of the idea.

Some are asking if PGA will soon copy this move in an attempt to give more freedom to its players.

And there were some that joked that shorts will give golfers yet another reason to jump from PGA to LIV.

Shiiiittt if there’s one thing that gets PGA tour players to want to jump ship, it’s this https://t.co/5Hfjm4R4w5

It likely won’t have much of an impact on that front, but hey, anything that makes the players happy is a W in most books. LIV has done well in luring players from the PGA, most notably No. 2 ranked Cam Smith. We’ll see if more continue to follow.