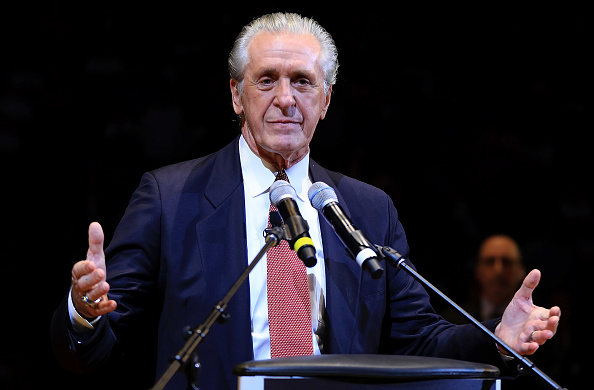 Over the weekend it appeared the Miami Heat had a deal to acquire Jimmy Butler from the Timberwolves but for whatever reason things fell apart.

After talks fell apart over weekend, Miami's still pursuing discussions with Minnesota on a Jimmy Butler trade, sources tell ESPN. Butler has been in Timberwolves locker room with teammates this morning before practice, but that doesn't necessarily mean he'll join them on floor.

Today, ESPN’s Jorge Sedano delivered an amazing story on the Mason and Ireland radio show on how Pat Riley hung up the phone on Tom Thibodeau and called him a “motherfucker” for trying to extra more picks after deal was apparently already agreed upon.

There’s been a couple of different incarnations of this deal. The first one, the Heat didn’t want to take back Gorgui Dieng. Then, the next incarnation of the deal was ‘OK forget it, let’s just do it straight up, just for Jimmy on your end.’ They finally relented on Josh Richardson, they were giving them Josh Richardson, then Dion Waiters was going to be the cap filler, and then a protected first-round pick. The medicals were exchanged, which generally in the NBA means this is a done deal. And then, Thibs called back and wanted more picks. And Pat Riley literally—I was told—called him a motherbleeper and hung up the phone.

Here’s is the audio of Sedano’s story.

Thibodeau has made it known that he wants Butler to come back to play for Minnesota but appears that plan is backfiring because Butler is acting like an insane person in practice.

Timberwolves All-Star Jimmy Butler called a players-only meeting today, airing his feelings toward situation and management, per league sources. Butler expressed to players he would compete with them, as signs pointing to him staying with the franchise into the regular season.

Maybe Thibs is tired to get himself fired after all.