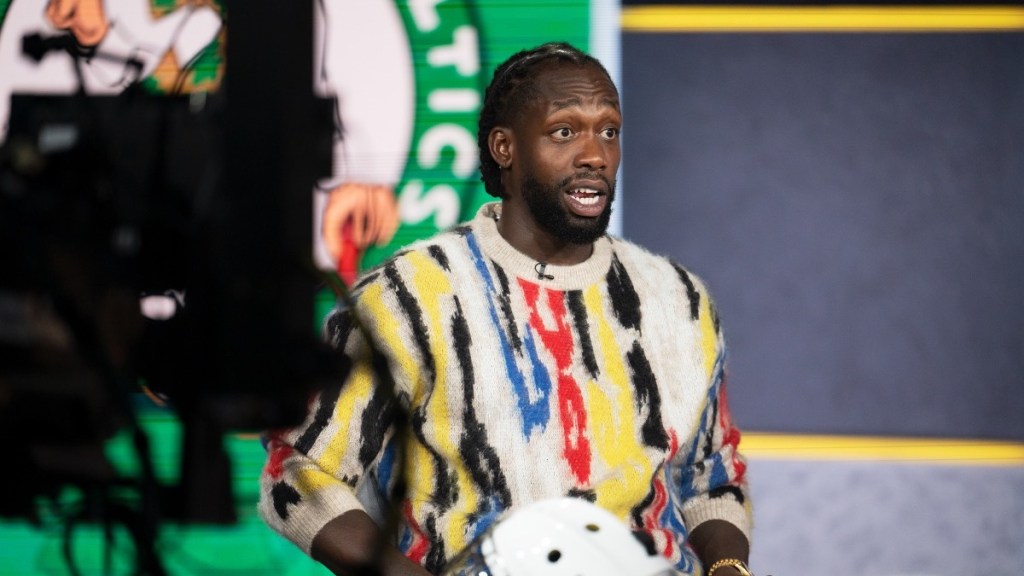 NBA veteran Patrick Beverley was recently traded to the Los Angeles Lakers in a massive deal with tons of moving parts. He’s currently playing under a 1-year contract worth $13 million and he’ll now join LeBron James and Anthony Davis in the City of Angels.

Patrick Beverley has one of the NBA’s biggest personalities. He might threaten James Harden one minute and have fans in his corner. Then ruin that goodwill and piss fans off the next with childish behavior.

In a classic Pat Moment this week, a reporter asked Beverley about playing with LeBron James and Anthony Davis and he responded in the cockiest way possible. The clip immediately went viral with NBA fans loving Patrick Beverley’s confidence.

Reporter: “You’ll be playing with LeBron James and Anthony Davis…”

Pat Bev: “They will be playing with me. I made the playoffs last year, they didn’t.”

The confidence from this man is incredible.

Beverley has been a defensive player throughout his entire career. He’s a 3x NBA All-Defensive Team Member. The Lakers will certainly be able to use him but he’s 34 years old and doesn’t have a single NBA Championship ring. AD and LeBron James on the other hand…

But they have a chip and u don’t

That video of Pat Bev got picked up and has been viewed several million times overnight on Twitter. It’s incredible to see how much the ‘little guy’ is being backed on a team with the biggest star in the league, LeBron James.

It will certainly be interesting to watch how this season progresses for the Los Angeles Lakers. LeBron isn’t accustomed to his teammates speaking about him like that. He’s the star on any team he’s on and Pat Bev doesn’t seem to grasp that yet, or he’s just having fun with it. Either way, it’ll be fun to watch how it all plays out.