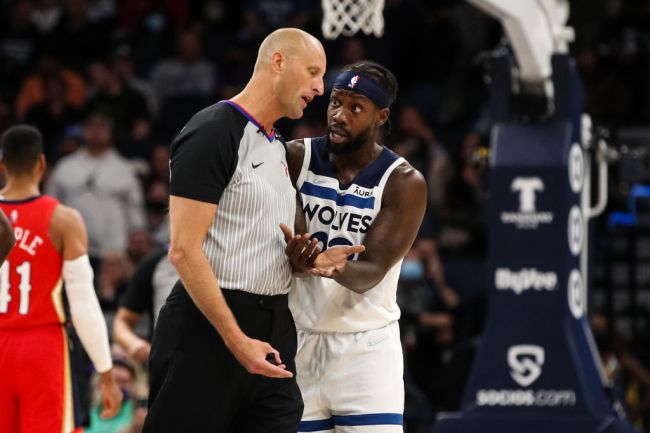 It doesn’t matter that Patrick Beverly plays for the Minnesota Timberwolves now, he’s still going to be the most annoying player on the court regardless of the name on the front of his jersey.

Beverly wasted absolutely zero time to remind the NBA world that he’s basically going to do whatever he wants out on the floor as long as he gets under the skin of the opposition. During Monday night’s matchup between the Timberwolves and Pelicans, we saw Beverly at his finest, also known as his most annoying.

Jonas Valanciunas stepped to the free-throw line for New Orleans and Beverly simply decided to follow him there. He even tried to bump the man twice his side off the charity stripe and that’s when the shoving match started.

It’s worth noting that all of this happened halfway through the second quarter, it’s not like this was a critical part of the game down the stretch or anything.

It’s honestly infuriating how annoying just the clip alone is, but that’s just Beverly being Beverly.

The announcer saying “that’s what I love about Pat Bev” really takes things over the top here. What the hell is he talking about? Valanciunas was simply trying to take a free throw, which is, you know, part of the game, and Beverly steps in for some attention. What is there to love about that?

The Pelicans walked away with a 107-98 win on Monday night and Valanciunas had a big night with 22 points and 23 rebounds. Beverly came off the bench and picked up 13 points in 20 minutes of action.

If little man syndrome was a person: https://t.co/MRBpf4IqbC

Yall got to stop celebrating this dumb shit https://t.co/WVHYMM4cgP

The dudes a child. This isn’t anything cool lol https://t.co/NfSoFvmHws