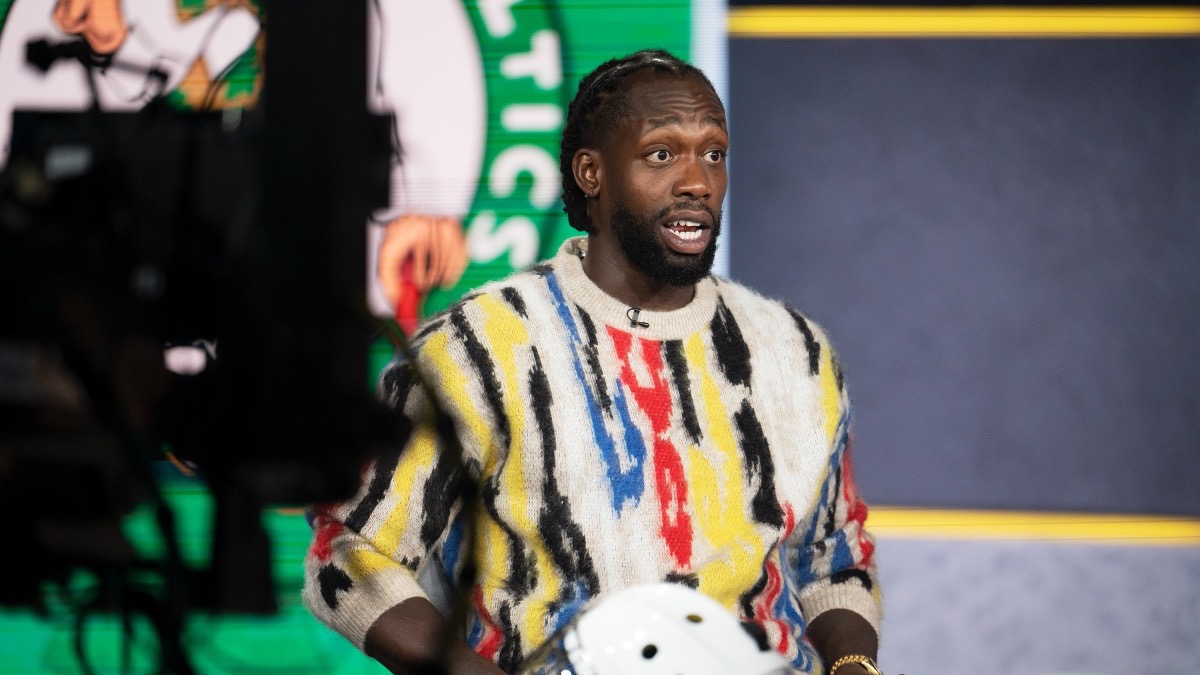 Patrick Beverley is the head of his household and wants everyone in his family to know it. His house, his rules.

And that rings true on Christmas as well. Patrick Beverley made a point of mentioning on his latest podcast that he revels in ruining Christmas for his children and all of the kids in his family.

Pat Bev wants everyone in the family to know that it is HIM who is responsible for the presents under the Christmas tree. He’s got no time for these silly Santa Claus stories. Nor does Patrick Beverley have time for Santa Claus stealing his thunder. He’s making dang sure that every kid knows he’s the person everyone needs to thank.

His full quote is:

“(I) love Christmas. I love giving gifts. But I’m the father, parent, mom, aunt, cousin, nieces, nephews… ‘Everyone sit down. Them presents y’all getting ain’t from Santa. That s–t’s from me. I’m all with the cookies and s–t. You guys do set them out. And I don’t like milk. You guys can, you know, leave a Coca-Cola or something. ‘Cause it’s me eating that s–t. I just want to let you guys know.'”

“My son was like this (wide eyed). Like I killed him or something. He was destroyed. Like I’m the dad and I’m like ‘who’s Santa, son?’ and he’s like ‘you are, dad.’ Just making sure everyone’s locked in. I’m Santa and the Grinch.”

The average age that most kids stop believing in Santa Claus is 8.4 years old. Let’s round that down to 8. Take away the first 2 years because babies and toddlers are too young to understand Santa.

So that’s really just six years of life that kids really get swept up in the magic of Christmas and believe in Santa Claus. Six short years. Patrick Beverley is out here depriving these kids of those six glorious years of Santa.

This is the first clip I’ve seen from The Pat Bev Podcast with Rone but if they’re all this electric then it’s going to rise the charts as a must-listen. Other parts of the episode include Patrick Beverley talking about how he ‘rides hard for the Queen of England’, how Anthony Davis should be in the NBA MVP discussion, and what he loves about an East Coast trip.

Patrick Beverley is a BIG fan of East Coast roadtrips

“Love it. Get to put on some layers.”

Honestly, that’s not too far off from how I feel as a Floridian vising the West Coast. I get to wear a hoodie or sweater/jacket at night. I live for those layers.

You can stream the full episode here on YouTube: