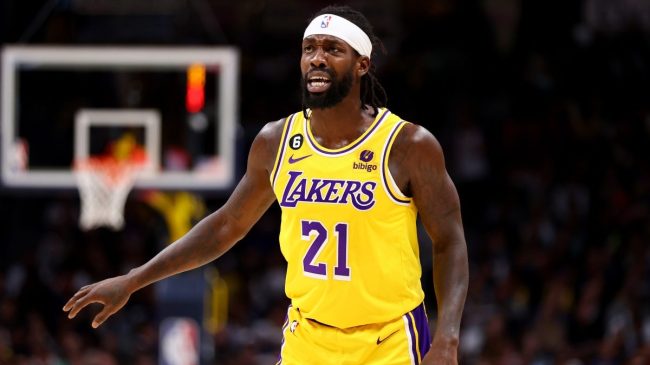 Patrick Beverley and Russell Westbrook went at it in the league until they joined the LA Lakers. Now, Pat Bev shares a story back in his rookie year about a time when a ball boy for the Oklahoma City Thunder threatened to kill him. All because he thought he purposely injured Westbrook back in 2013.

During an episode on the Pat Bev Podcast, the Lakers guard reminisces on the story. Apparently, it was so real that police got involved and took control of the situation. Give his story a listen below.

Pat Bev had an OKC ball boy threaten to kill him after the Westbrook injury in 2013.

He had police with him the whole time the next game in OKC.

That is an insane story! Luckily nothing serious came to fruition, but it sounds like Pat Bev was more confused about it than anything else. Additionally, it wasn’t like Russell Westbrook was making any threats toward him either. Some people just take things a bit too far.

It’s unknown what happened to that Thunder ball boy, but he’s likely no longer working with the organization. I mean, it was about nine years ago when it happened.

Either way, we’re just glad Pat Bev has his own podcast, as he truly is one of the more entertaining figures in the NBA.

Look for him and Russell Westbrook to hopefully get back on track as the Lakers could use all of the help they can get right now.