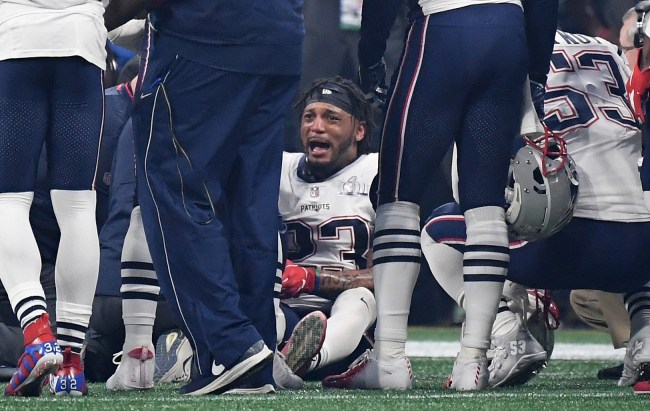 I don’t know about you, but when New England safety Patrick Chung went down with a broken arm early in the second half of Super Bowl LIII I thought that maybe, just maybe, the Los Angeles Rams might have a shot at not letting the Patriots win… again. Note: I didn’t say a shot at winning. I said a shot at not letting the damn Pats win. Because that was really what I was rooting for. The Rams could have been any one of the 31 teams not from New England and I would have been rooting for them to beat Brady, Belichick and crew. Alas, it did not happen and TB12 was able to add another victim to his long list of vanquished QBs in the playoffs.

Sorry… where was I?

A couple of days ago Chung had surgery to repair his seriously damaged arm and seemed to be in very high spirits. (Being a freshly-minted three-time Super Bowl champion will do that for a guy.)

Good for him, right? Yeah… hold that thought.

Because a couple of hours ago Chung decided to share a photo of his arm all stitched up on Instagram and well, it’s pretty gruesome.

“23 stitches. Coincidence??? I think not! Hahaha #keepbeingsavage is my new hash!!” Chung wrote alongside the photo.