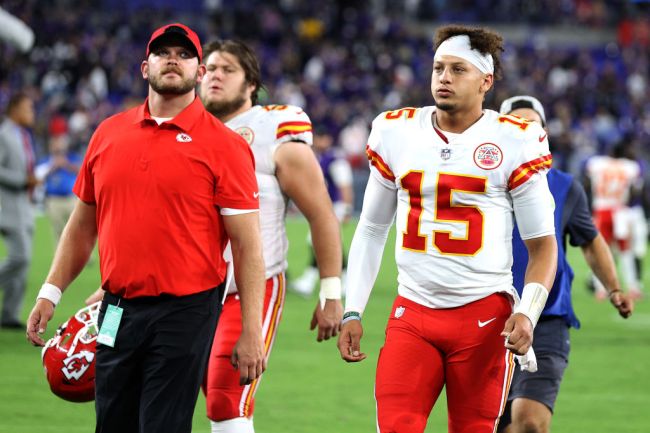 Patrick Mahomes’ play on Sunday cost his team against the Chargers.

Earlier on in the game, Mahomes threw a no-look interception.

Late in the fourth quarter with under two minutes to play and on his own end of the field, Mahomes threw an absolutely awful interception to set up the Chargers to take the lead.

The Chargers went on to score a game-winning touchdown with the short field position given to them by Mahomes.

Mahomes gets away with more potential interceptions than any QB I've ever seen. Will try anything – and often make it work. But today, in the end, tossed up an awful INT over Kelcey's head that opened the door for the Chargers' victory … just as his INT at Baltimore did.