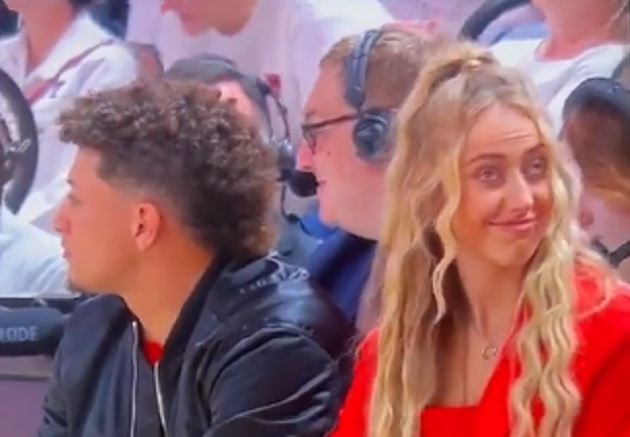 The NFL season is over, but Patrick Mahomes and his family are still trending on social media.

On Wednesday, a video showing an interaction between Mahomes and fiancée Brittany Matthews at the Baylor-Texas Tech game went viral. In the video, Mahomes tells Matthews something, and then she sarcastically makes several faces while talking to someone sitting next to her.

Poor Patrick. Have to feel for the guy. pic.twitter.com/IOoB3f3VAp

Here’s what people think was said between Mahomes and Matthews.

After the video blew up on Twitter, Mahomes went on the social media app to post this in defense of his fiancée.