Patrick Mahomes Appears To Be On Track To Play In AFC Championship, Remains In Concussion Protocol 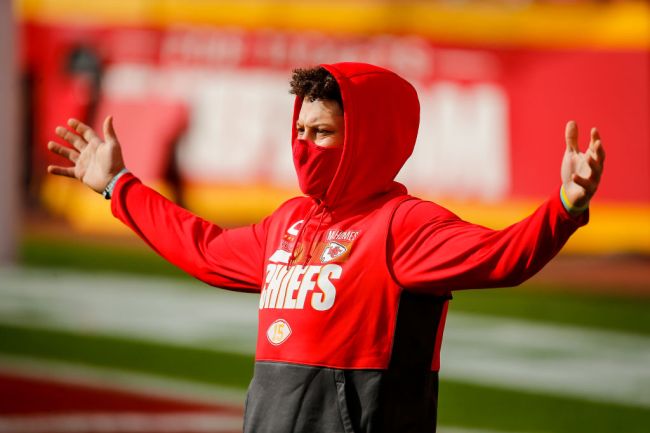 Three days after missing the final 22 minutes of the AFC Divisional round due to a head injury, Patrick Mahomes is getting closer to starting in Sunday’s Conference Championship game. He practiced in a limited capacity on Wednesday, which is a sign that he is progressing quickly through the NFL’s concussion protocols.

It is uncommon for any team to go through a full-contact, padded practice at this late point in the season, thus the Chiefs took the field for a light practice, but Mahomes “took all the snaps” in the glorified walkthrough. By that assessment, the Kansas City superstar quarterback is in at least Step 3 of the five-step protocol. He was originally listed as a full participant on the team’s injury report, but due to the nature of the practice, he was required to be downgraded to limited.

Kansas City moved practice indoors, citing the wind as reason (to keep Mahomes out of the media), and reporters were not allowed inside.

“He looked good, he is in the protocol, so there’s only certain things he can do, and it’s a limited basis, but [Wednesday] is a limited practice so this fits right into what he can do,” Reid told reporters. “But he took all the snaps and feels good. We just have to follow this protocol as closely as we possibly can.”

It was reported on Monday following the game that his injury may be related more to his neck than his head, which might be what is allowing the quick return.

A source has told me

“Patrick passed all of his tests last night. He didn’t actually hit his head, there was a nerve in his neck that got tweaked that made him out of it. He’s getting testing done on his neck/nerve today but did clear all tests last night.” @610SportsKC

Thursday’s practice is set to take place with increased intensity and Mahomes’ status will indicate better where he stands. If his symptoms remain at bay and he continues to pass the required neurologic testing tonight, he’ll be allowed to increase his workload to Step 4. That level of clearance includes non-contact football drills, which will be what to watch for on Thursday.

Chad Henne will be the starter if Mahomes can’t play against the Buffalo Bills this weekend, but all signs point No. 15’s return.