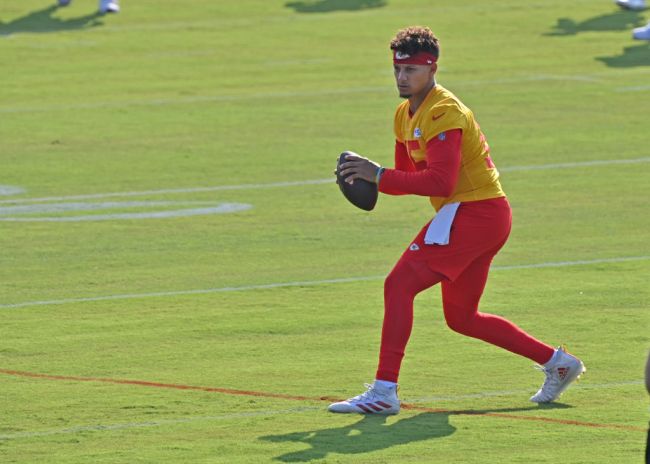 Another day, another ridiculous touchdown from Patrick Mahomes. The $500-million man continues to show off his ridiculous athleticism ahead of the 2021 season and it looks like he is playing NFL Street.

For those of you who don’t know, NFL Street is a now-discontinued video game that combined the talent and big names of the NFL with the atmosphere of backyard, blacktop football. It was an attempt to replicate the success of its NBA counterpart, and had plenty of unpredictable touchdowns to go along with the massive hits and crazy athleticism.

When Mahomes takes the field, his unmatched ability to find open space and take off with his feet closely resembles the freak plays that would occur during the game. In regard to his quarterbacking, the arm-angle and “throw-you-open” talent that Mahomes possesses also fits the narrative.

He goes out every Sunday and essentially takes street football to the gridiron. At training camp earlier this week — without pads, mind you — he pulled another of his athletic stunts.

The Chiefs’ superstar 25-year-old rolled to his right and pump-faked to the end zone. However, instead of an overhand throw, he pump-faked behind his back.

After losing the defender with the pump, Mahomes scampered to pay-dirt with his the ball raised above his head. It was filthy and Mahomes knew it so he celebrated with a shimmey as he crossed the goal line.

The move was even more impressive because the defender had to respect the behind-the-back fake. He has done it before.

Kansas City will hope to return to the Super Bowl for the third year in a row.