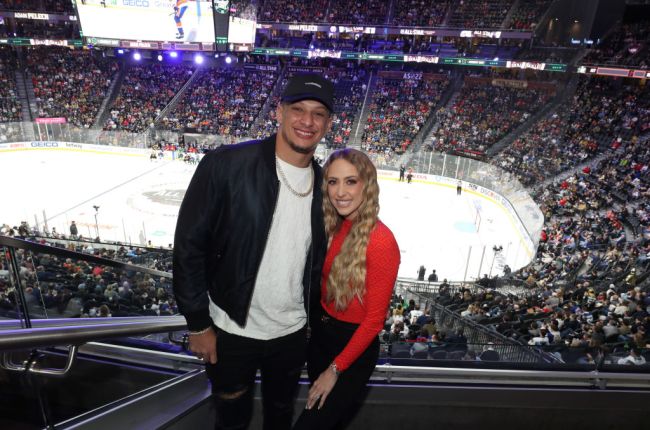 It would appear there’s a whole lot of drama surrounding the Kansas City Chiefs right now. Yesterday, a report surfaced that a rift between Eric Bieniemy and Patrick Mahomes caused the Chiefs loss in the AFC Championship game.

Now, a report has surfaced that Mahomes may have some drama at home. His fiancee, Brittany Matthews, and his brother, Jackson, have become popular topics of conversation among football fans for their ridiculous behavior at football games and awful TikTok videos.

Now, Patrick looks like he’s getting tired of this narrative following him around. According to a report from Rich Ohrnberger, Mahomes views his two most annoying family members as a distraction and has asked them not to attend Chiefs games next season.

Another interesting note… I’ve been been told, Patrick Mahomes had a sit down following the season with his brother and fiancé. Ultimately it concluded with him asking them to not attend any games this upcoming season. (1/2)

Not surprisingly, Mahomes believes that Jackson and Brittany have become a distraction, and their sideline antics are bad for his brand.

A lot can change over an offseason, but for now that’s the story as it was told to me. (2/2)

If true, this would be a welcome change for fans across the NFL. This year, fans reached the point that they were rooting against the Chiefs just because they didn’t want to see Matthews and Jackson Mahomes at the Super Bowl.

These two stepping back from the spotlight would allow fans to once again focus on the ridiculous talent Patrick Mahomes possesses instead of the atrocities they’ll have to see on social media if he wins.

Unfortunately, TMZ has refuted the report, saying that Mahomes is actually excited to have his family at games next season.

No, Patrick Mahomes did NOT ask Brittany Matthews and Jackson to stay away from Chiefs games next season, TMZ Sports is told. https://t.co/20LxrnFI9r

Maybe he can at least convince them to tone it down a bit.