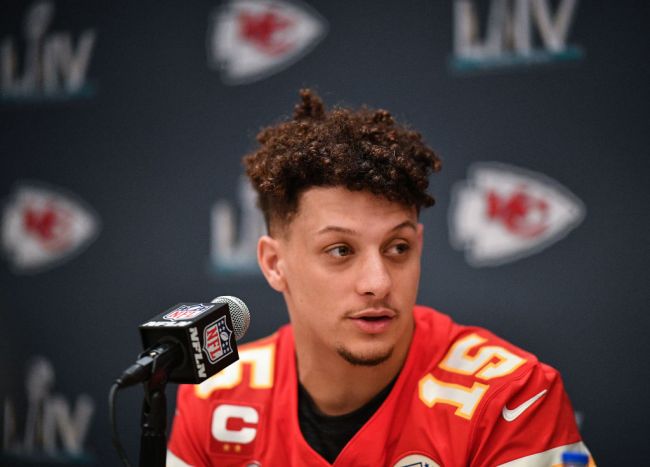 Patrick Mahomes was forced to address the situation between his brother and a Ravens fan this weekend.

On Sunday, Patrick’s brother, Jackson Mahomes, was filmed throwing water at a heckling Ravens fan after the Chiefs’ loss at M&T bank stadium.

Jackson went on to joke about the situation on Twitter.

During the Chiefs’ media day on Wednesday, Patrick was asked about the altercation and he said he had a talk with his brother. The Chiefs QB also said that the Ravens fan yelled other things to his brother and fiance that were not caught on video.

Chiefs QB Patrick Mahomes says he told his brother Jackson there are some things we don’t want to do regarding throwing water on Baltimore fans. Mahomes says there were things said to him and Brittany not seen on the video. #ChiefsKingdom