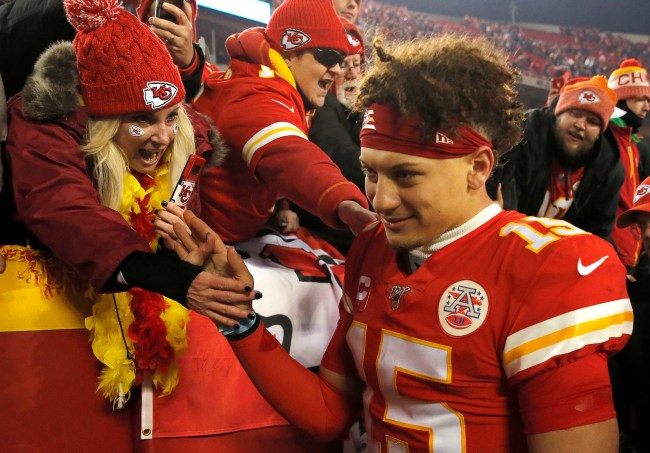 The Kansas City Chiefs comeback win against the Houston Texans should go down as one of the greatest comebacks in NFL history. But it probably won’t because the Chiefs and Patrick Mahomes were always expected to put a hurtin’ on the Texans.

When the Chiefs went down 21-0 against the Texans in the 1st Quarter the entire NFL world was speechless. Then they went down 24-0 and people like myself couldn’t believe their eyes because the Chiefs are a really good team. Anyone who watched at least a handful of NFL games this season could see that. They were way too fucking good to be losing 24-0 against the Texans to start the game.

That’s when Patrick Mahomes took over, score by score, and the Chiefs went on to score 28 unanswered points in the 2nd quarter and they’d eventually go on to destroy the Texans with a final score of 31-51 at Arrowhead. It all started with Patrick Mahomes inspiring his teammates on the sidelines with a speech and thanks to him being mic’d up we now know what he told his teammates…“Do something special.”

Down by 24, @PatrickMahomes led the @Chiefs in a playoff comeback for the ages.
All starting with this TD.@insidetheNFL pic.twitter.com/LqwA0GNoho

Am I crazy or is he sounding a lot less like Kermit the Frog these days?!?

If you didn’t catch that game and witness Mahomes and the Chiefs make a spectacular comeback, you can see a full breakdown of the action here on YouTube.

The Kansas City Chiefs will now face the Tennessee Titans on Sunday in the AFC Championship with the winner heading to the Super Bowl. It’s almost unthinkable that the Chiefs can/would lose to the Titans but the Titans are giant killers at this point and their momentum cannot be ignored.