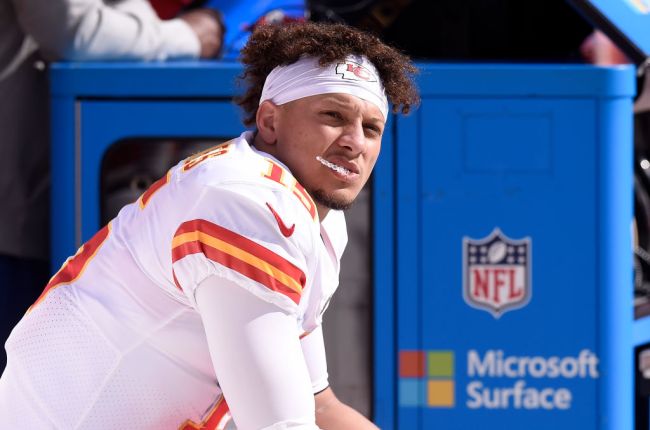 Patrick Mahomes is having another rough week.

On Sunday, Mahomes had two big turnovers while the Chiefs got blown out in the first half by the Titans.

In the second quarter of the game, Mahomes threw his ninth interception of the season which ties him with Zach Wilson as the league leader in interceptions.

Mahomes with ANOTHER interception.

He's got nine already this season 😮

Patrick Mahomes has thrown an interception in six straight games, the longest streak of his career.

Mahomes is now tied for the most interceptions in the NFL with Zach Wilson with nine.

The Chiefs are currently getting demolished by the Titans.

Mahomes went on to turn the ball over again minutes later when he fumbled the ball after scrambling out of the pocket.

This isn't even a sack-fumble, this is Patrick Mahomes running carelessly, down 24-0, not securing the football. Just a trash play by a desperate team.

Fans immediately mocked Mahomes for his terrible performance on Sunday.

Patrick Mahomes leads the league in… INTs with 9 😳 pic.twitter.com/h96lRSbOeB

Patrick Mahomes after this game pic.twitter.com/coHj69WgIB

The Madden curse finally caught up to Patrick Mahomes pic.twitter.com/PEPRU7kjTb